Samsung to contest $1 billion verdict in patent case against Apple 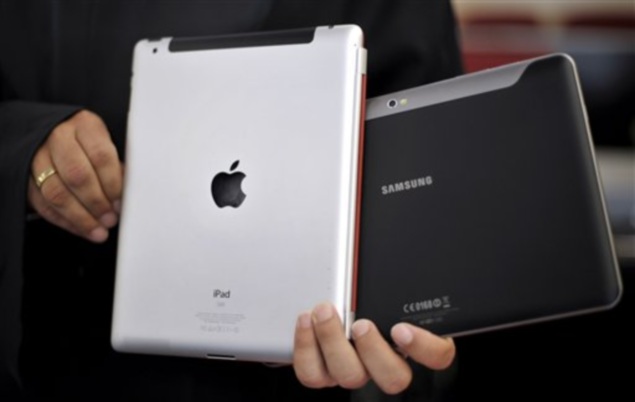 South Korea's Samsung Electronics said Saturday it will contest a US court ruling that it must pay rival technology giant Apple damages of more than $1 billion for patent violations.

"We will move immediately to file post-verdict motions to overturn this decision in this court and if we are not successful, we will appeal this decision to the Court of Appeals," Samsung said.

The statement came just hours after a jury in San Jose, California awarded Apple $1.05 billion for infringement of patents for its iconic iPhone and iPad, while rejecting Samsung's counterclaims of infringement of wireless patents.

The decision appeared to be an overwhelming victory for Apple, but it was not immediately clear whether it would halt sales of Samsung devices or affect newer models released since the case was filed.

Samsung in an earlier statement said the verdict was "a loss" for consumers and that Apple had "manipulated" the patent system.

The South Korean firm also said the verdict was "not the final word" in this case or other similar battles around the world.

"It will lead to fewer choices, less innovation, and potentially higher prices," it said.

"It is unfortunate that patent law can be manipulated to give one company a monopoly over rectangles with rounded corners, or technology that is being improved every day by Samsung and other companies."