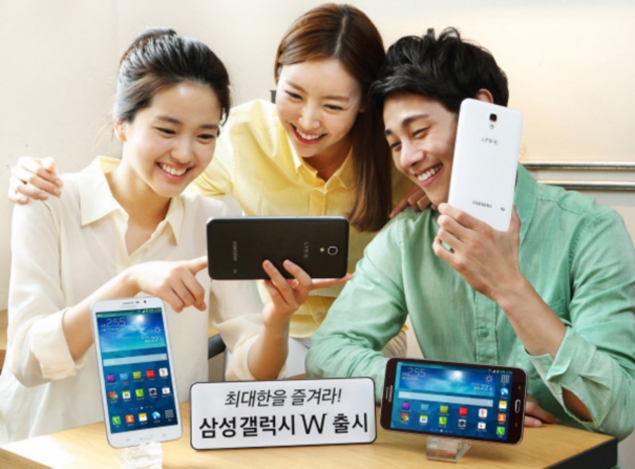 Samsung has expanded its tablet portfolio with the launch of the Galaxy W in Korea. The new tablet has been launched via telecom operator SK Telecom in Korea, and has been priced at SKW 4,99,400 (Rs. 29,000 approximately) without contract. As of now, there is no word whether the tablet will be sold outside Korea.

The Galaxy W supports voice calling, the highlight feature of the tablet, and also supports LTE-A network connectivity. The Galaxy W comes with a 7-inch HD (resolution unspecified) display and runs Android 4.3 Jelly Bean out-of-the-box. Notably, the tablet is being touted as a phone by Samsung, but we classify all smartphones with a larger than 7-inch display as tablets.

It is backed by a quad-core processor (unspecified chipset) clocked at 1.2GHz alongside 1.5GB of RAM. The Galaxy W sports an 8-megapixel rear camera and there is a 2-megapixel front-facing camera also onboard. The tablet comes with 16GB inbuilt storage, which is can be expanded via microSD card (up to 64GB). It weighs 245 grams. There is no word on battery capacity and connectivity options in the Galaxy W.

Unfortunately, there has been no word whether when the Galaxy S5 Active would be available outside the US or on other mobile carriers apart from AT&T.