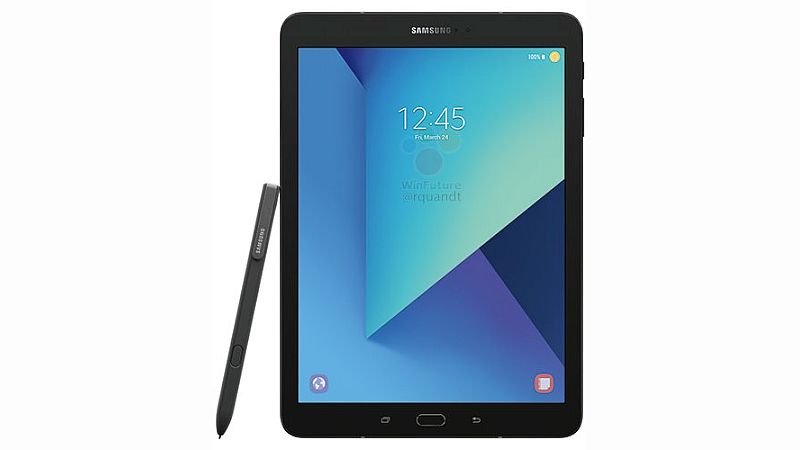 Samsung's launch event on February 26 at the MWC 2017 trade show later this month is widely expected to see the launch of a new tablet. Now, new details about the unannounced tablet have surfaced alongside an alleged image showing the tablet.

Other rumoured details suggest that the Galaxy Tab S3 will come with 32GB onboard storage and will support 4G with support for Cat. 6 LTE download speeds. The tablet is said to be powered by a Qualcomm Snapdragon 820 processor and come with 4GB of RAM. The tablet is likely to sport a screen resolution of 2048x1536 pixels. It is expected to sport a 12-megapixel rear camera and come with a 5-megapixel front camera.

According to the official Samsung invite, the event will be held on February 26 just ahead of the MWC 2017 trade show that kicks off a day later. The launch event on February 26 is scheduled to begin at 7pm CET (11:30pm IST) and will be live streamed at www.samsung.com/galaxy.

In separate news, Samsung Galaxy Tab S2 is being reportedly tested with Android Nougat build. GSMArena has spotted the Galaxy Tab S2 on benchmark running Android 7.0 Nougat which may mean that the update for the tablet may be released soon.