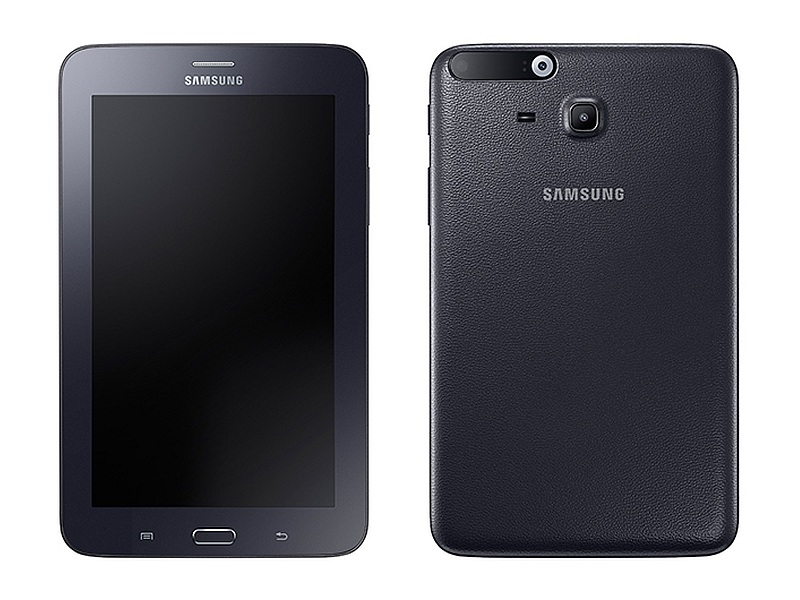 Samsung on Wednesday launched its Make in India tablet in the country, the Samsung Galaxy Tab Iris, priced at Rs. 13,499. The highlight of the tablet, which is targeted at government and corporate employees, is its biometric authentication feature - it bears an iris scanner that is Aadhar, STQC, and UIDAI certified. No exact release date has been provided yet.

Launched under the auspices of the Digital India initiative, the Android Lollipop-based Samsung Galaxy Tab Iris is a 3G-enabled tablet via a SIM card slot, and sports a 7-inch WSVGA (1024x600 pixels) display. It is powered by a 1.2GHz quad-core SoC, coupled with 1.5GB of LPDDR3 RAM.

The Galaxy Tab Iris bears a 5-megapixel rear autofocus camera, and comes with 8GB of inbuilt storage that's expandable via microSD card (up to 200GB). Connectivity options include Wi-Fi 802.11 b/g/n, Bluetooth v4.1, and Micro-USB. It weighs in at 327 grams, is powered by a 3600mAh battery, and measures 193.4x116.4x9.7mm. The company is calling the onboard iris scanner a 'dual-eye scanner'.

The South Korean consumer electronics giant in a press statement said the Galaxy Tab Iris will help provide "cashless and paperless services in applications such as banking, apart from e-governance services such as passport, taxation, healthcare, and education."

The company also announced it is releasing an Identity SDK to software developers to help build solutions for financial inclusion, payment, and authentication. Samsung said the "overall offering" will help boost the government's Digital India programs such as Jan-Dhan Yojana and E-Citizen services.