While Samsung's Galaxy Tab A (see above image) supports 4G LTE connectivity (with support for both FDD LTE Band 3 and TDD LTE Band 40), the Galaxy Tab E comes with 3G support. The company has announced bundled data offers with both the voice-calling tablets.

The Samsung Galaxy Tab A will come with 2GB of free 4G data from Airtel for first two months. The company has also announced Galaxy Gifts worth Rs. 30,000 that will be offered across genres such as Entertainment, eBooks, Lifestyle, Utility apps with purchase of the Galaxy Tab A. 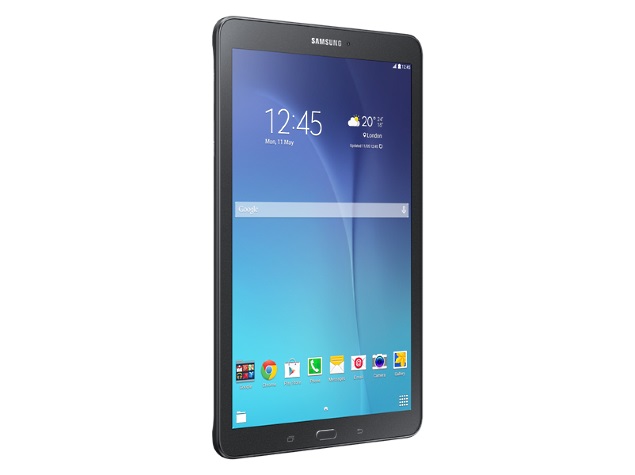 The Android 5.0 Lollipop-based Galaxy Tab A tablet features an 8-inch TFT display with a screen resolution of 1024x768 pixels. The tablet is backed by a 1.2GHz quad-core processor coupled with 2GB of RAM. There is 16GB of built-in storage, which is further expandable via microSD card (up to 128GB).

It packs a 4200mAh battery with no word on talk time and standby time. It sports a 5-megapixel rear autofocus camera and 2-megapixel front camera. Apart from 4G, the tablet supports 3G, Bluetooth, and Micro-USB. The Galaxy Tab A measures 208.4x137.9x7.5mm and weighs 320 grams.

The Android 4.4 KitKat-based tablet sports a 5-megapixel autofocus rear camera, and a 2-megapixel front-facing camera. The rear camera can record 720p videos at 30fps. It comes with 8GB of built-in storage, expandable via microSD card (up to 128GB). Apart from 3G, other connectivity options on the tablet include Wi-Fi, Micro-USB with OTG, Bluetooth, and Glonass options. The Galaxy Tab E tablet is backed by a 5000mAh battery. It measures 241.9x149.5x8.5mm and weighs 495 grams.

Commenting on the launch, Asim Warsi, Vice President, Marketing, IT and Mobile at Samsung India, said, "The launch of two new tablets will carry forward our legacy of introducing smart media devices and we are confident that new Galaxy Tabs will seamlessly become a part of consumer's daily routine."