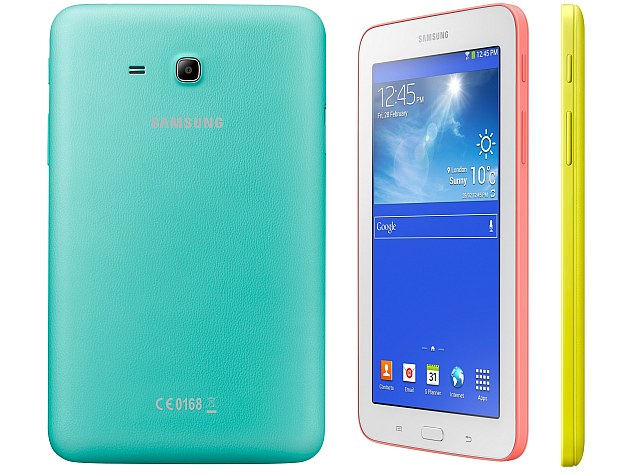 The Samsung Galaxy Tab 3 Lite has been introduced in three new colours, namely Blue Green, Peach Pink and Lemon Yellow, in addition to the existing Black and White colours. The colour options are available for both 3G and Wi-Fi variants.

The Galaxy Tab 3 Lite's three additional colours have been listed on the Korean firm's Latin American website for now. The availability of the new colour variants in other regions remains to be seen.

Samsung launched the Galaxy Tab 3 Lite in January. The Galaxy Tab 3 Lite runs on the Android 4.2 Jelly Bean with no voice-calling ability. The tablet boasts a 7-inch TFT display with WSVGA (1024 x 600 pixels) alongside an unspecified 1.2GHz dual-core processor paired with 1GB of RAM.

Besides a 2-megapixel rear camera, the tablet includes an inbuilt 8GB of storage, which can be expanded up to 32GB. The connectivity options for the Samsung Galaxy Tab 3 Lite comprise Wi-Fi, Wi-Fi Direct, Bluetooth and GPS/GLONASS. The device is backed by a 3600mAh battery, which offers 9 hours of Internet usage, 8 hours of video playback and up to 200 hours of audio playback time.

Relevantly, Samsung's freshly announced Galaxy NotePRO went up for pre-order in India on the company's online store. The Galaxy NotePRO tablet is now listed at Samsung India e-store for Rs. 65,575. However, there is no word on the availability details of the tablet.