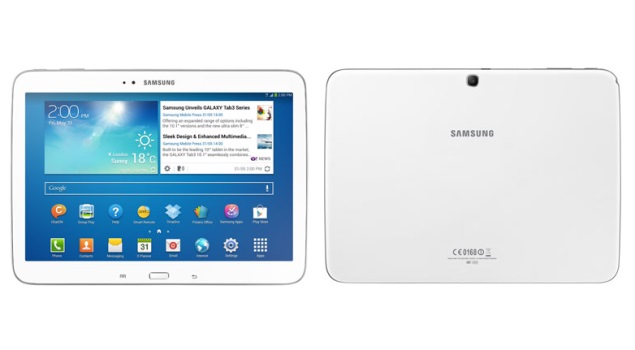 Samsung has quietly listed its Galaxy Tab 3 10.1 tablet on the company's India e-store at Rs. 36,430. However, the tablet is currently not in stock and the page provides a 'Notify Me' option for consumers.

Notably, the tablet was announced alongside the Samsung Galaxy Tab 8.0 last year. 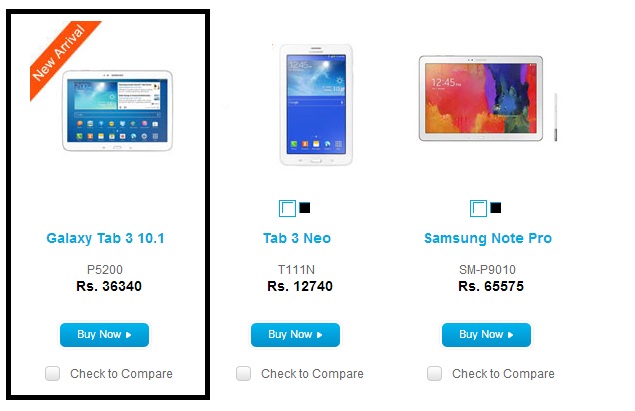 The tablet is powered by a 1.6GHz dual-core Intel Atom Clover Trail+ (Z2560) processor, alongside 1GB of RAM. It sports a 3-megapixel rear camera and also comes with 1.3-megapixel front-facing camera. There is 16GB of inbuilt storage, which is further expandable up to 64GB via microSD card.

The Galaxy Tab 3 10.1 packs a 6800mAh battery, which the official listed claims can deliver up to 8 hours of usage.

The tablet is powered by a 1.2GHz dual-core processor alongside 1GB of RAM. It comes with 8GB inbuilt storage, which is further expandable up to 32GB with the help of microSD card. The Galaxy Tab3 Neo sports a 2-megapixel rear camera, while there is no front-facing camera.