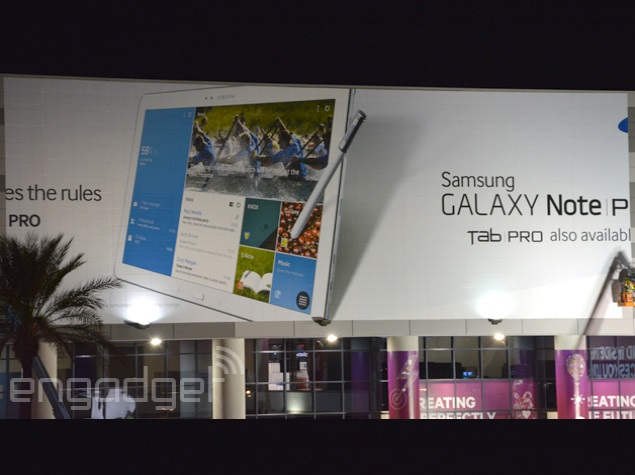 Samsung's long-rumoured Galaxy Note Pro tablet along with Galaxy Tab Pro might see light of the day at CES 2014, if an advertisement put up by the company at Las Vegas is any indication.

On the other hand, the alleged Galaxy Note Pro 12.2 tablet was recently said to have been spotted in a benchmark listing, which purportedly revealed the specifications of the tablet.

For connectivity, the upcoming Samsung tablet is likely to pack Wi-Fi, NFC, Bluetooth and an IR Blaster. The rumoured Galaxy Note Pro 12.2 is further said to run Android 4.4.2 KitKat with Samsung's new TouchWiz UI on top.

Samsung has already revealed its intentions of focussing on the tablet segment in 2014. With this leaked ad, it seems likely the South Korean manufacturer will start by introducing two new tablets at CES.