The Samsung Galaxy Note 10.1 2014 Edition features a 10.1-inch WQXGA (2560X1600) Super clear LCD display. Just like the Samsung Galaxy Note 3, it comes in two variants. The 3G + Wi-Fi variant is powered by a 1.9GHz octa-core processor, while the Wi-Fi + LTE variant is powered by a 2.3GHz quad-core processor. There is 3GB of RAM and the tablet comes with 16GB/ 32GB/ 64GB internal storage options. It sports an 8-megapixel rear camera with BSI sensor and autofocus accompanied by an LED flash, as well as a 2-megapixel BSI sensor. It run Android 4.3 Jelly Bean.

The tablet, like its predecessors, comes with S-Pen stylus. A number of new features like Action Memo, Scrapbook, Screen Write and S Finder have been introduced on the new flagship Galaxy Note 3, will also been seen on the Galaxy Tab 10.1 2014 Edition. The device houses a large 8220mAh battery. The newly launched Galaxy Note 10.1 also comes pre-loaded with Samsung KNOX for enhanced security. Connectivity options on the tablet include Wi-Fi, Bluetooth, Wi-Fi Direct and AllShareCast, as well as 3G/ LTE as indicated earlier.

The company has announced that the Galaxy Note 10.1 (2014 Edition) tablet will come in three connectivity options: Wi-Fi only, Wi-Fi and 3G, Wi-Fi and LTE. It will come in two colour options Jet Black and Classic White. 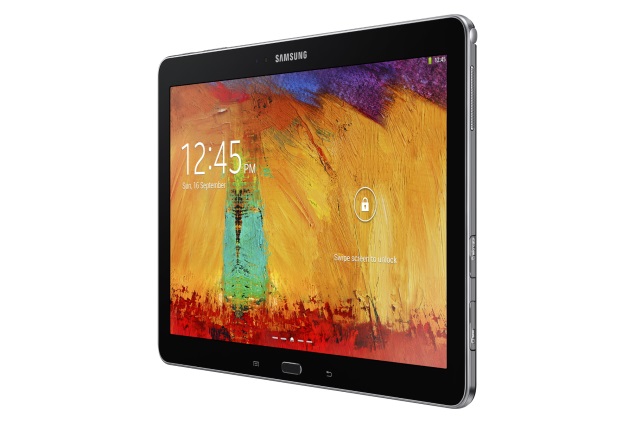 Commenting on the launch JK Shin, CEO and President of IT & Mobile Division at Samsung Electronics said, "The new Galaxy Note 10.1 is the most progressive 10-inch tablet, delivering the best viewing and multitasking experiences. It is the most recent demonstration of Samsung Mobile's focus on constant product innovation to stay aligned with shifting consumer interests. The Galaxy Note 10.1 (2014 Edition) unites a range of features that will consistently surprise consumers as they realise how much easier and more enjoyable it makes their everyday lives."

The tablet will be available starting Q3 2013. There's no word yet on pricing.