Research In Motion eyes a rebound 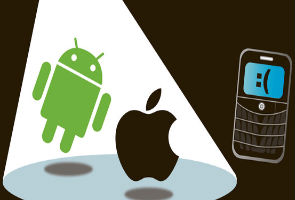 Highlights
In a rare interview last week, Mike Lazaridis, one of Research In Motion's two chief executives, was the one asking questions:

He wrapped up with "I don't fully understand why there's this negative sentiment, and I just don't have the time to battle it. Because in the end, what I've learned is you've just got to prove it over and over and over."

Mr. Lazaridis can point to numbers that back up his frustrated defense of R.I.M., maker of the BlackBerry, the phone of choice in the White House and a global totem of connectedness. During its last fiscal year, the company, which is based here, shipped a record 52.3 million phones -- a 43 per cent increase over the previous year -- and its fourth-quarter income of $924 million exceeded forecasts.

Nevertheless, as R.I.M. prepares to introduce its first tablet computer on April 19, doubts about its future have arguably never been greater.

Some analysts suggest that R.I.M. has lost its momentum and may now be heading downward, much like Palm, which in better days was expected to rub out the then-fledgling R.I.M. Current BlackBerrys are hobbled with an aging operating system, and the company's market growth last year seems less impressive when contrasted with Apple's 93 per cent rise in iPhone shipments.

In a world where applications have become a major selling point for mobile devices, the number of apps available for BlackBerry phones is in the tens of thousands, compared with the hundreds of thousands for Android and Apple devices. BlackBerrys are still prized for their e-mail capabilities, particularly among government and corporate customers who rely on the devices' tight security. But it is increasingly common to find people who carry a BlackBerry for e-mail and an iPhone for everything else.

That has led several analysts and investors to question R.I.M.'s ability to hold its own in a market dominated by devices running Google's Android software, as well as iPhones and iPads. "They've been caught flat-footed," said Jean-Louis Gassée, a former Apple executive, the former chairman of Palm's software spinoff and a partner at Allegis Capital in Palo Alto, Calif. "They've built a tremendous company; they are people with distinguished backgrounds. They are not idiots, but they've behaved like idiots."

Jim Balsillie, R.I.M.'s other chief executive, vigorously rejected suggestions that R.I.M. was ill-prepared for the changes in its markets. But he acknowledged that if it had moved earlier to introduce its tablet, the BlackBerry PlayBook, it could have improved perceptions of the company. And he agreed with critics on one thing: Many companies will struggle to adapt as the industry makes the huge shift to a world of powerful mobile computers.

"No other technology company other than Apple has successfully transitioned their platform," Mr. Balsillie said in an interview. "It's almost never done, and it's way harder than you realize. This transition is where tech companies go to die."

Mr. Balsillie says the PlayBook will show that R.I.M. has joined Apple in making that move. The tablet is important in part because it will be running R.I.M.'s first all-new operating system since the introduction of the BlackBerry over a decade ago. That software will also be on new phones that the company will release in the coming months.

Richard Tse, an analyst with Cormark Securities in Toronto, said the new operating system might prove to be as pivotal to R.I.M.'s future as Apple's decision to bring back Steven P. Jobs in 1996 and to base its future technology on software he developed at NeXT Computer.

The other historical lesson comes from Palm, the hand-held computing pioneer, which failed to build up enough momentum for its new operating system and had to put itself up for sale. Hewlett-Packard bought it two years ago and is trying to revive the software in its own tablet due later this year, called the TouchPad.

R.I.M.'s equivalent to NeXT is another Canadian company, QNX Software Systems, which it acquired a year ago. It specializes in highly reliable operating systems that are used, among other things, to control systems in automobiles and airplanes as well as nuclear reactors.

The PlayBook has a seven-inch display and weighs less than a pound. Its powerful dual-core processor helps it run several applications at once and, when combined with software developed with Adobe, play Flash-based video at a crisp resolution, even on a large television screen. Apple mobile devices cannot display Flash content, in part because Apple says it strains batteries. Mr. Lazaridis said the QNX system takes a low-power approach; according to R.I.M., the PlayBook has a battery life of 8 to 10 hours, while Apple says the iPad 2 lasts 10 hours.

But what the PlayBook does not have is the many applications to make use of that power. Apps from outside developers are crucial to the success of an operating system, but some developers say they find it difficult and expensive to create apps for R.I.M. products.

When Jason Schwartz was building an app called Matchbook for remembering bars and restaurants, his research found that the most likely users were women who used BlackBerrys. Despite that, the first version of his app works only on iPhones.

"The one you can get to market the quickest and the cheapest is an iPhone," said Mr. Schwartz, who lives in New York. "The experience with Apple is very easy. With R.I.M., I wouldn't even know where to begin."

Tyler Lessard, vice president for developer relations at R.I.M., acknowledged that the company had fallen short in providing tools for small developers, but he said this was rapidly changing. R.I.M. has also slowly started giving developers the tools to make sophisticated apps specifically for the new tablet. Electronic Arts, the big game maker, has already created a PlayBook version of its racing game Need for Speed.

To fill the gap in apps, the PlayBook will have a pair of "apps players" that can run Android and earlier BlackBerry applications, both of which are based on the Java language. Users, however, will be able to download Android applications only if they have been vetted by R.I.M. and added to its online apps store.

Even if R.I.M. does a lot of things right, it could still fail to replicate Apple's success with tablets. Motorola's Android-based Xoom tablet was well received by reviewers, but Deutsche Bank estimates that Motorola has sold only about 100,000 units since February. By comparison, Apple sold about a million iPad 2s during the first weekend it was available.

The Xoom, however, is more expensive than the iPad. By contrast, the PlayBook is the first prominent tablet to match the iPad's price: it will start at $499.

R.I.M. does have something that Android phone makers and Apple lack: access to the corporations and governments that have been buying fleets of BlackBerrys for years.
As on the BlackBerry, R.I.M. will give companies control over the features and data on employees' PlayBooks, and the devices will have access to a company's high-security global data network.

Mr. Balsillie did suggest that R.I.M. might no longer aspire to rule the mobile world -- an unusual admission for someone who has long been an aggressive competitor.
He hinted that having a piece of a fast-growing pie would be enough.

"To be pretty blunt about this: how many people in the world have computing devices in phones, and how many do we have to sell to ensure that we're a rip-roaring success over the next five years?" he asked, without providing an answer. "You'll find that you don't have to be all things to all people."