The pictures were posted by FanaticFone.com, and reveal a back panel of the Silver colour variant of both, the iPad and the iPad mini.

The iPad mini panel looks similar to the rear housing of the current generation iPad mini, however, the Apple logo on the casing has been carved out and not just printed on the panel. Apart from this, the housing is not much different from that of the current iPad mini. The picture also reveals that the casing would not have the 'iPad' branding.

The purported iPad rear casing is slightly smaller than the casing of the current generation iPad and the site mentions that the distance between the border and screen of the iPad 5 is much shorter than the former iPads, indicating that the new iPad would look similar to the iPad mini with smaller bezels. Even this casing would have the Apple logo carved out and not just printed on it, as per the images. 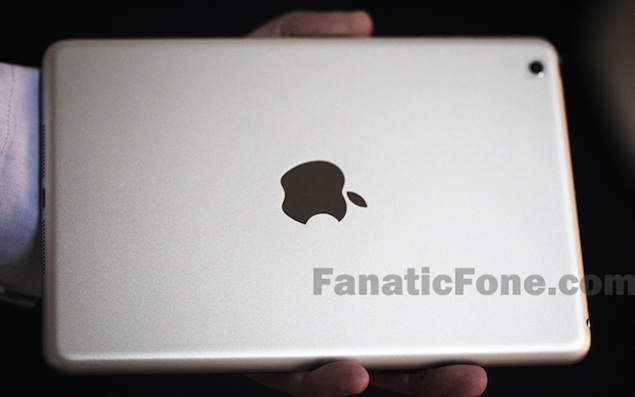 The site also gives a disclaimer that the casing could be of a prototype, and might not make it to the final version.

A number of rumours suggest that Apple could release the next generation iPad mini in the fourth quarter of 2013 but it's not known if it will feature a Retina screen. Just a day back, a report by Apple-focused website 9to5Mac claimed that Apple was testing a new iPad mini model that would include a faster processor but not a Retina display. However, just a few hours later, a new report by The Wall Street Journal appeared suggesting that Apple's suppliers were ramping up production of a new iPad mini device that features a high resolution Retina screen made by Samsung.

With the new high-resolution Nexus 7 hitting the market, there's pressure on Apple to release a new iPad mini variant with a high resolution screen. The iPad mini hits all the right notes when it comes to the pricing and form factor, but the low resolution display is a bit of a disappointment.
Comments