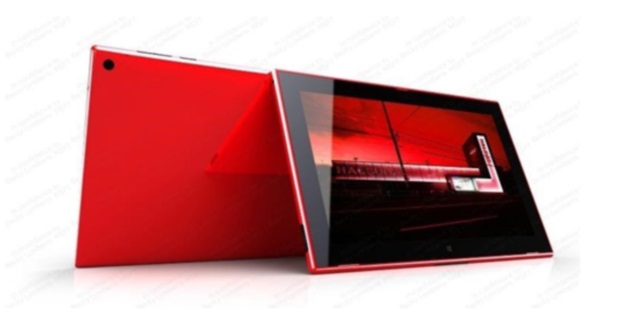 New rumours revealing more details including an image of Nokia's rumoured Windows RT tablet have surfaced on the Internet.

Paul Thurrott of Supersite for Windows has posted of forthcoming Windows tablets, expected to hit the markets in fall. Interestingly, the same list also includes Nokia's 'Sirius' Windows RT tablet. The website also notes some of the specifications and features of the alleged Nokia tablet.

The Nokia Sirius Windows RT tablet is rumoured to sport a 6.7-megapixel camera with Carl Zeiss optics and is expected to come preloaded with Nokia's own apps. The site also suggests that the tablet will come with a multi-function cover with keyboard and will be priced for $499 (Rs. 31,960 approximately), which is no doubt a bit costly, considering that Nokia's alleged tablet runs Windows RT which is a tablet optimised lite version of Windows that doesn't run legacy Windows programs.

Along with the specifications, Thurrott has also published an image that reveals that the Nokia Sirius tablet would resemble the company's Lumia devices, very much in-line with earlier reports.

The tablet is seen with a rear camera housed at the top left corner and presumably a glass back. However, the image of the tablet is of low-resolution and does not shed much light on the overall design of the tablet

Prior to this, images of a prototype of Nokia's new Windows RT tablet surfaced online that also sported almost the same design as the Lumia smartphones.

Nokia is set to unveil a new device in the coming weeks if the recent rumours are to be believed. However, it is not yet clear whether Nokia will unveil the long-rumoured Lumia 1520 smartphone featuring 6-inch full-HD display and quad-core processor or the company's first Windows based tablet or perhaps, both.