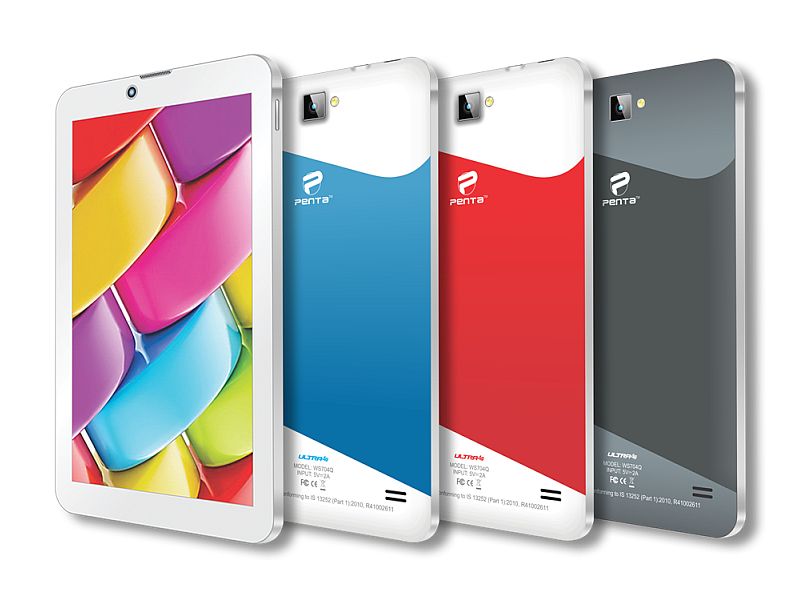 The Android 5.1 Lollipop-based tablet comes with dual-SIM slots. The highlight of the tablet is it supports 4G LTE connectivity on one SIM while the other can support 3G or 2G.

The Penta T-Pad Ultra 4G features a 7-inch (1024x600 pixels) IPS display. Under the hood, the tablet is powered by a 1GHz single-core processor coupled with 1GB of DDR3 RAM and 8GB of built-in storage and supports expandable storage up to 32GB via microSD card.

It sports an 8-megapixel rear camera and a 5-megapixel front-facing camera. Apart from SIM support, other connectivity options include Wi-Fi, Bluetooth, OTG, and Micro-USB. The tablet will be available in Blue, Grey, and Red colours. It features a 3000mAh battery.

Commenting on the launch, Vijender Singh, Managing Director, Pantel Technologies said, "We have launched Penta T-Pad Ultra 4G to promote digital India campaign. In near future more similar products with latest technology will be launched in Indian market. We want our products to reach one and all without compromising on their budget."

It comes with an 8-inch IPS display offering a resolution of 1280x800 pixels resolution. There is a quad-core processor under the hood clocked at 1.3GHz coupled with 1GB of DDR3 RAM. It also comes with 8GB of inbuilt storage which is expandable via microSD card (up to 32GB).