The FZ-G1 is a 10-inch version that runs on Windows 8 Pro, while the 7-inch JT-B1 runs on Android 4.0. Both sport a rugged look obeying the MilSpec standard 810G and are expected to be water-proof and have daylight viewable screens. The FZ-G1 can even use a stylus with third-party apps. 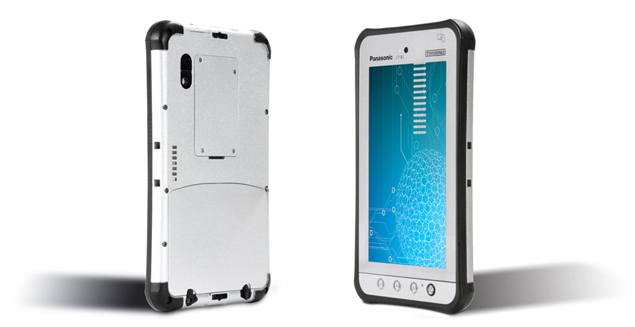 Coming to pricing and availability, the 10-inch Windows 8 Pro-based Toughpad FZ-G1 will be available in March starting at $2,899. The 7-inch Android-powered Toughpad JT-B1 will ship in February starting at $1,199.

Panasonic launched the first Android-based Toughpad in June last year called the Toughpad A1 that features a 10.1-inch LCD display and is water-proof, dust-proof and shock-proof.

Followed suit was a Windows 8-based Toughbook CF-C2 in India starting Rs. 1 lakh.Toughbook CF-C2 comes with 12.5-inch capacitive 5-finger multi-touch display and can be used both in tablet and clamshell mode.

The company recently launched the Toughpad FZ-A1 tablet and CF-AX2 ultrabook in the country priced at Rs. 75,000 and Rs. 1,30,000. While the FZ-A1 is already available, the CF-AX2 will be available starting February 2013.