The company however is promoting its latest Notion Ink Cain Signature Black Limited Edition as a "2-in-1", since it comes with a magnetic cover with integrated keyboard and multitouch trackpad. The device also comes with ProPen aka "active stylus", as the company calls it. The ProPen allows functions such as scribbling, sketch and drawing. It has been designed with a tip that can be turned either clockwise or ant-clockwise in order to adjust the sensitivity, as per the use case. The stylus is compatible with Cain tablet as well as all other capacitive touch-enabled devices.

In terns of specifications, the Notion Ink Cain Signature Black Limited Edition features a 10.1-inch IPS LCD display offering a resolution of 1280x800 pixels. Under the hood, it is backed by an Intel BayTrail quad-core processor (Z3735F) clocked at 1.33GHz though the company notes that the device has up to 1.83GHz burst frequency. It packs 2GB DDR3L RAM and comes in 32GB and 64GB inbuilt storage versions which can be further expanded by up to 128GB via microSD card. It runs Windows 10 operating system and features onboard 3G (SIM card required). 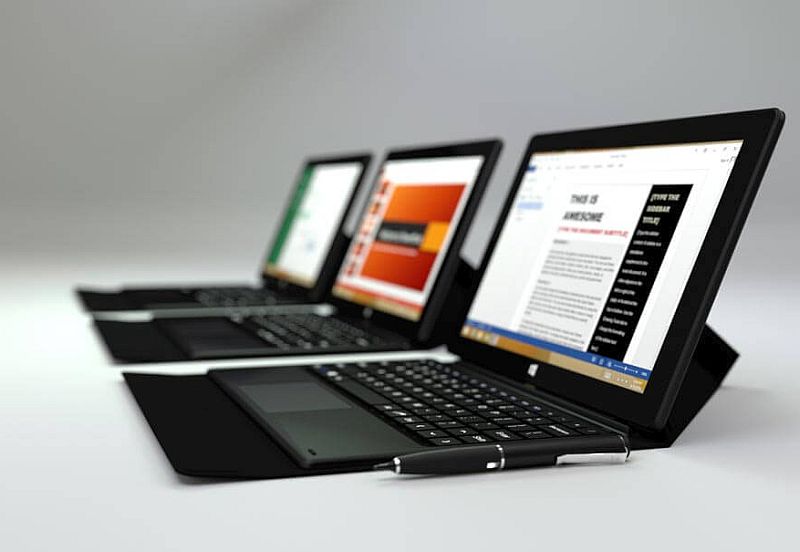 The Notion Ink Cain Signature Black Limited Edition sports 2-megapixel front and rear cameras. It is powered by a large 7900mAh battery. It is available in metallic back and grey shade colour. It measures 258x172x9.7mm and 650 grams.

Commenting on the launch, Manish Giri, COO, Notion Ink said, "With customer feedback and asks, we have done a complete revision of original product and released Cain SBE with Stylus. Seeded group's feedbacks are very positive, and we hope people would love it. Combining Snapdeal's unparalleled reach across India with Windows 10 and Intel's cutting edge technology, the Cain series is a perfect value proposition for productivity and companion devices."