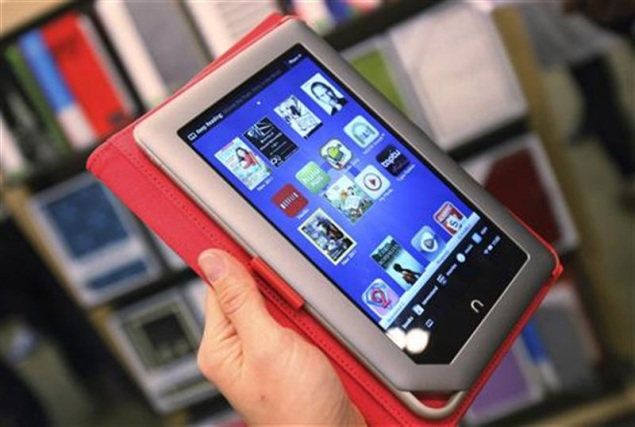 Barnes & Noble Inc said on Friday it would give away a free Nook Simple Touch e-reader to any customer who buys its high-definition Nook HD+ tablet next week, a sign it may still be grappling with excess inventory of the unpopular e-reader.

The offer is available from March 24 to March 30.

The Simple Touch e-reader, while well reviewed, failed to catch on with customers since its launch in 2011, as digital bookbuyers have migrated toward tablets, which now offer better reading functions. Returns of unsold Simple Touch devices have repeatedly pinched Barnes & Noble's results.