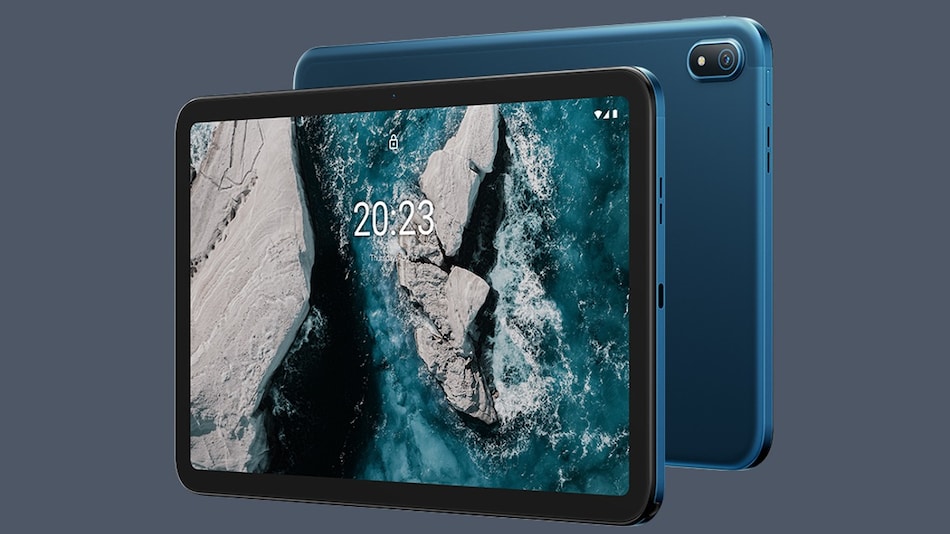 Nokia T20 price starts at EUR 199 (roughly Rs. 17,200) for the Wi-Fi only variant and EUR 239 (roughly Rs. 20,600) for the Wi-Fi + 4G model. The Wi-Fi only variant comes in 3GB RAM + 32GB storage and 4GB RAM + 64GB storage options, while the Wi-Fi + 4G model be limited to the 4GB + 64GB configuration. On the availability front, the Nokia T20 will go on sale in select markets around the world starting Wednesday (October 6), though details about its launch in India are yet to be announced. HMD Global, however, confirmed in a press briefing that the Nokia T20 will be launched in the Indian market very soon.

Customers purchasing the Nokia T20 will get free Spotify subscription to access over 70 million tracks and 2.9 million podcasts out of the box. ExpressVPN will also be available on the Nokia tablet with a 30-day free trial.

The Nokia T20 runs on Android 11 and is promised to receive two years of OS upgrades and three years of “timely” security updates. The tablet features a 10.4-inch 2K (2,000x1,200 pixels) in-cell display with 400 nits of peak brightness. The display is also protected by a toughened glass. The Nokia T20 is powered by an octa-core Unisoc T610 SoC, along with 3GB and 4GB RAM options.

HMD Global has provided 32GB and 64GB of onboard storage options on the Nokia T20. The tablet also supports storage expansion through a microSD card (up to 512GB).

Connectivity options on the Nokia T20 include 4G LTE (optional), Wi-Fi 802.11ac, Bluetooth v5.0, USB Type-C, and a 3.5mm headphone jack. The tablet is backed by an amplifier along with stereo speakers.

The Nokia T20 packs an 8,200mAh battery that supports fast charging through a 15W compatible charger (10W charger is in the box). The tablet is also rated to deliver an all-day battery life on a single charge.

Amazon's month-long sale, the Great Indian Festival, is back. This week on Orbital, the Gadgets 360 podcast, Amazon India's consumer electronics head Akshay Ahuja takes us behind the scenes. Orbital is available on Spotify, Gaana, JioSaavn, Google Podcasts, Apple Podcasts, Amazon Music and wherever you get your podcasts.