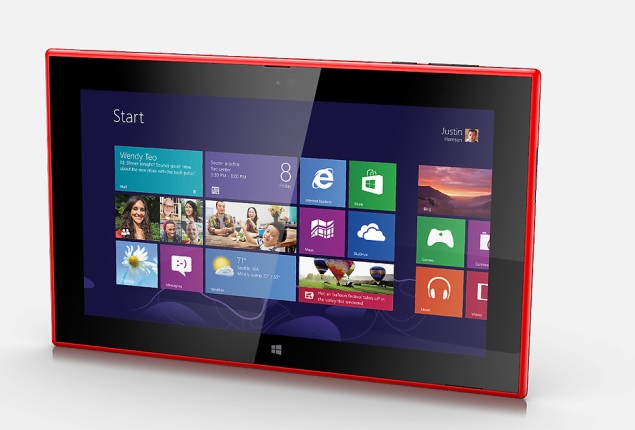 Nokia is probably busy pushing out its recently announced Lumia 2520 tablet globally. However, a new report suggests that the Finnish manufacturer might unveil its next tablet, the alleged Lumia 2020, as early as Q1 next year.

According to a report by Digitimes citing sources familiar with the matter, Nokia has plans to expand its tablet portfolio by launching a new tablet, the Lumia 2020, and that the company would be targeting the mid-range tablet segment with it, while it targets the high-end with the Lumia 2520.

Earlier reports had suggested that Nokia might launch the rumoured Lumia 2020 at MWC 2014 alongside the Lumia 1820 Windows Phone.

The Nokia Lumia 2020 aka Illusionist is thought to sport a similar design to the Lumia 2520 tablet, and that it would come with a lower Lumia model number to differentiate it from the larger 10.1-inch sibling. Further, the Nokia Lumia 2020 is said to be powered by a Qualcomm processor, would run Windows RT 8.1, just like the Lumia 2520 tablet and in addition would come with stylus support.

Earlier speculation had pointed to a Lumia 2320 name for the more affordable Illusionist tablet, similar to naming scheme of the two announced phablets from the company, the Lumia 1320 and Lumia 1520.