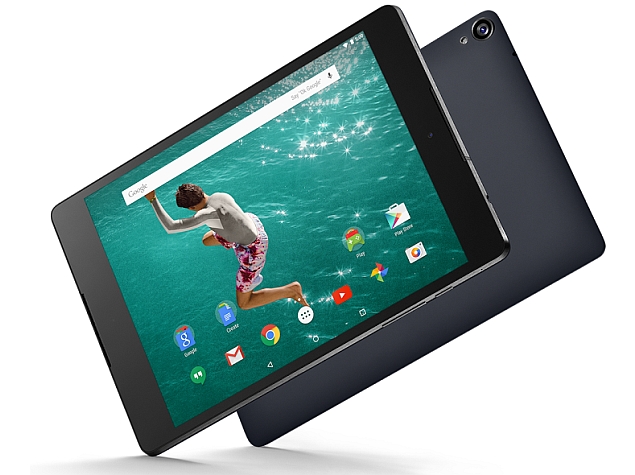 Google Nexus 9 tablet, which was unveiled earlier this week, has now made an appearance on the Google Play in India, revealing the price. However's there's no word on the exact availability date yet.

Unveiled earlier this week alongside the Google Nexus 6 smartphone, the tablet runs Android 5.0 Lollipop, the most recent version of Google's operating system for mobile devices. The Google Nexus 9 tablet is being manufactured by HTC.

Google Nexus 9 features an 8.9-inch IPS LCD display with QXGA (2048x1536 pixels) resolution and Gorilla Glass 3 protection. As rumoured, the tablet is powered by a 64-bit NVIDIA Tegra K1 processor coupled with Kepler GPU and 2GB of RAM. It sports an 8-megapixel rear autofocus camera with f/2.4 aperture and LED flash. There is a 1.6-megapixel front camera as well.

Backing the device is a 6700mAh battery, which, the company claims, can deliver up to 9.5 hours of browsing time; video playback time of up to 9.5 hours, and a standby time of 30 days for the Wi-Fi model.