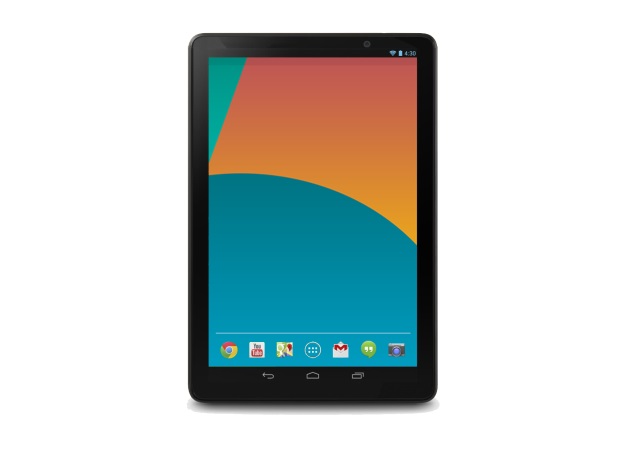 A new leaked press render claims to reveal Google's next-generation Nexus 10 tablet. The image has been posted by Phonearena, which claims that it received the images from an anonymous tipster.

The leaked render of the alleged Nexus 10 successor tablet shows a completely redesigned tablet, sporting a 10-inch display. The render reveals the front panel of the tablet, and it seems not to house any physical buttons. There are the usual three onscreen keys for back, home and recent apps below the screen. The homescreen also shows app icons for Chrome, YouTube, Google Maps, Gmail, message and camera.

In addition, the leaked image of next-generation Nexus 10 tablet shows the presence of a front-facing camera. Unfortunately, the leaked render does not reveal the rear panel of the tablet, and also does not shed much light on the expected specifications of the rumoured Nexus 10 tablet successor.

The first Nexus 10 tablet was manufactured by Samsung in collaboration with Google, however Asus has been rumoured to be the official manufacturer of the next Nexus 10 tablet. Recently, an image claiming to reveal the Asus Nexus 10 tablet's product page was leaked, thanks to serial tipster, @evleaks.

The Nexus 10 tablet rumours come amidst a volley of next-generation Nexus smartphone rumours, a device that has become one of the most anticipated devices of the year.

Google's next-generation Nexus, thought to be called the Nexus 5, made an online appearance thanks to the search engine giant. The Nexus 5 was accidentally listed on the Play Store, the company's content, services and device marketplace. The listing appeared for select users and was pulled by Google after it realised it had made a faux pas.

The Play Store listing even revealed the pricing of the Nexus 5's 16GB model, listing it at $349. The listing showcased the phone in all its glory, offering a good look at its form factor.