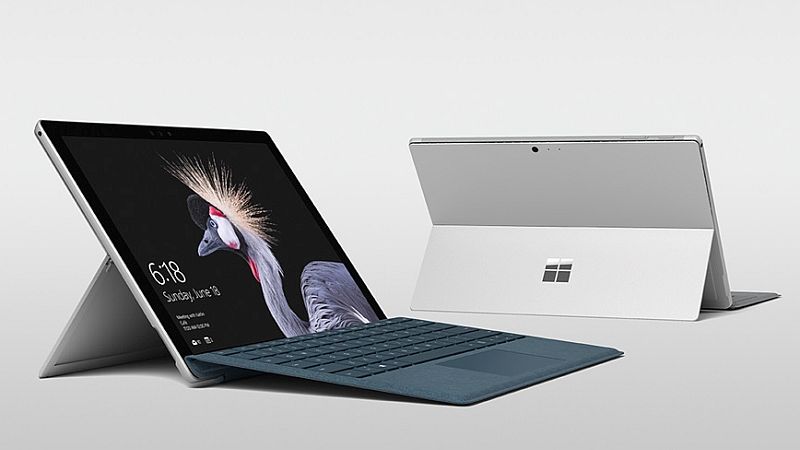 A new report claims that Microsoft will be launching a new Surface Pro variant with LTE connectivity later this year. Neowin reports that the company in one of its sessions, called 'Surface product engineering behind the scenes, and deep dive on the new Surface Pro' at the side-lines of Ignite 2017 conference, confirmed the news.

The report adds that a company spokesperson revealed that the Surface Pro with LTE connectivity will be made available starting December 1. The report cites the spokesperson who also claimed that the new LTE version is already on the company's product page though it doesn't seem to be listed as of now.

The report further corroborates an earlier report that the new Surface Pro with LTE may be announced next month at the company's Future Decoded Event where Surface product lead Panos Panay will be taking centre stage to unveil Microsoft's next big offering. The device, however, isn't expected to be made available before December this year.

The report further claims that the Surface Pro will come in Core i5 variant only, and will feature 4GB of RAM and 128GB of storage. It adds that there will be another configuration with 8GB RAM and 256GB storage as well as Intel's HD Graphics 620.

To recall, Microsoft launched the all-new Surface Pro 2-in-1 at an event in Shanghai calling it the company's "most versatile laptop." It was priced starting at $799 (roughly Rs. 52,000).

In separate news, Xbox has announced a custom Xbox One S console modelled after Paul Walker, who died in a car crash back in 2013. The console has been designed mimicking Walker's first car from The Fast and the Furious movie.