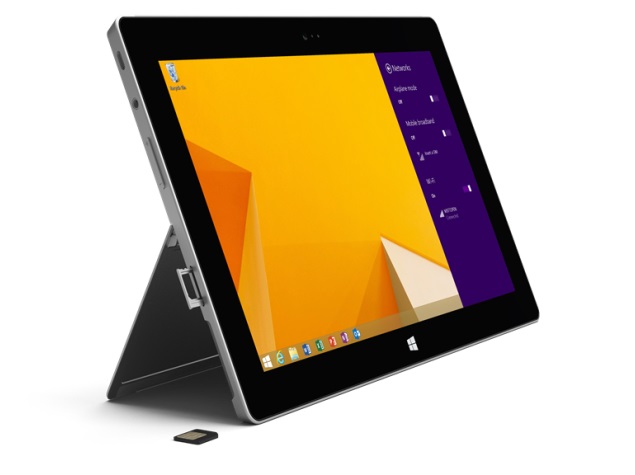 The Redmond giant confirmed the news via its official blog post and apparently calls the new variant the Surface 2 (AT&T 4G LTE).

The company revealed that the new Surface 2 (AT&T 4G LTE) tablet will be available at Microsoft's retail and online stores, BestBuy.com, and various retailers in the US beginning Monday.

The company, in addition, has announced 200GB of free OneDrive (formerly known as SkyDrive) storage for two years with every purchase of the Surface 2 (AT&T 4G LTE) tablet.

The official blog post said, "In launching this new version of Surface 2, we're adding the power and reach of AT&T's 4G LTE network to an already fantastic device. Along with cellular connectivity, all of the refinements that went into Surface 2 are here: the increased speed and battery life, the dual-position kickstand, Microsoft Office Home & Student 2013 RT and Outlook 2013 RT, the full HD screen, the upgraded front- and rear-facing cameras and full-size USB 3.0 port, just to name a few."

For those unaware, Microsoft launched the Surface 2 in September 2013, alongside the Surface Pro 2 tablet.

The Surface 2 comes with 2GB of RAM and will be available in a 64GB built-in storage variant. The tablet sports dual cameras: a 5-megapixel rear camera and a 3.5-megapixel front-facing camera.

The company claims that the Surface 2 can deliver up to 10 hours of video playback, and up to 7 to 15 days of standby time.