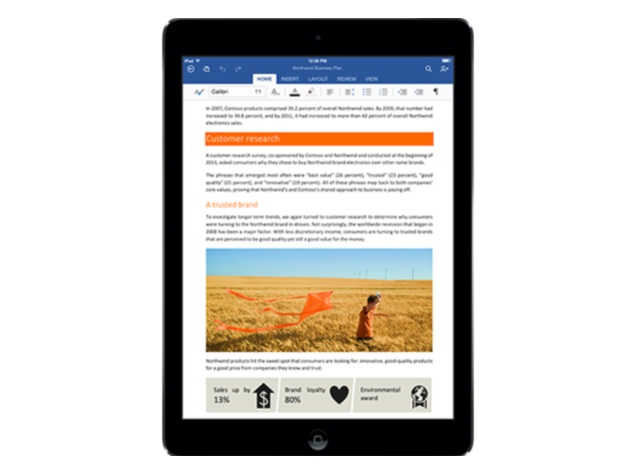 After successfully bringing its popular Office suite of apps to the iPad in March, Microsoft is now readying Office for Android tablets. The Redmond giant is inviting people to participate in a pre-release program.

The private-beta test of Office for Android, available for both home users and businesses, is supposed to test Word, Excel and PowerPoint for Android tablets post which the final version should be ready mostly by the end of this year. It is no doubt that this version will be optimised for touch and is expected to release for Android even before a touch-friendly version hits Windows tablets. Notably, Microsoft had released Office for Android smartphones in July last year.

This touch-friendly Office by Microsoft is expected to make users, who are bound to prefer the original Office suite over tons of other third-party offerings available on the Play Store, happy. Just like the version of Office for iPad, the Android version of the app will be available for free but many enhanced features will be available as an in-app purchase, including editing documents. Readers interested in participating in the pre-beta tests, can register by taking part in the survey.

Office for iPad had an overwhelming response as it got downloaded 27 million times in 46 Days. Microsoft in April released its first update for the Office for the iPad suite, with a new printing feature.

Microsoft's Office apps are free, but users need an Office 365 subscription for making edits to documents. Microsoft recently introduced its Office 365 Personal subscription in India priced at Rs. 330 per month, or Rs. 3,299 for an annual subscription.