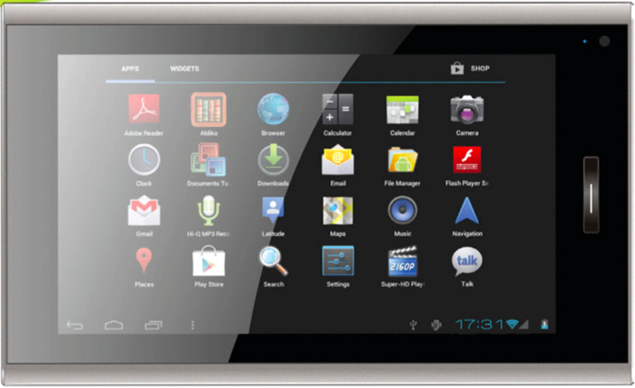 Micromax continues to add to its Funbook collection of tablets with its latest budget Android offering called Funbook Talk priced at Rs. 7,249.

A fifth tablet in the Funbook series, the Funbook Talk comes pre loaded with Android 4.0 and sports a 7-inch capacitive TFT LCD display with 800x480 pixel resolution. The tablet is powered by a 1GHz processor with 512MB RAM.

As the name suggests, the tablet doubles up as a phone, thanks to built-in voice calling and 2G connectivity support. This is the first tablet from the company to do so, with earlier Funbook tablets supporting 3G via USB dongles. It also has a mini HDMI port.

The tablet features a VGA front camera and comes with a 2800mAh battery claiming up to 5 hours of talk time. There's 4GB of internal storage with expansion options unto 32GB via microSD card support. Connectivity options include Wi-Fi and 3G dongle support via USB 2.0.

Funbook Talk features a host of apps for media, education and social networking. The tablet supports a variety of audio and video formats and also has a TV mode for streaming live television. Educational apps on the device offer study material for primary classes as well as papers for Medical, Engineering and MBA exams. There are video tutorials too.

Earlier 7-inch tablets from Micromax in the Funbook series include the original Funbook launched in April , Funbook Infinity and the recently spotted Funbook alpha. The company also has a 10.1-inch tablet in the series called the Funbook Pro.