Micromax LapTab dual-boot tablet to arrive in February at under Rs. 30,000 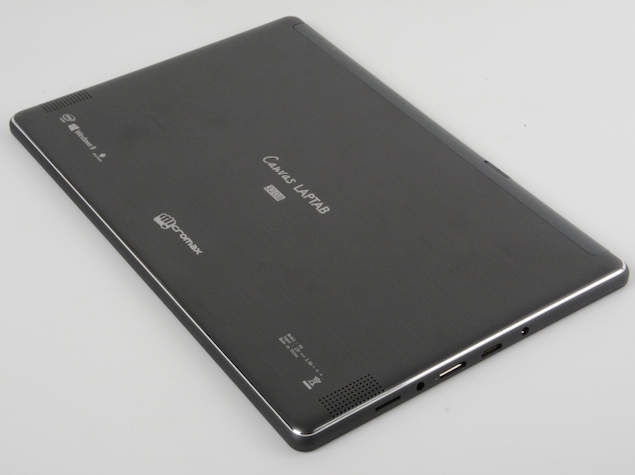 Indian smartphone maker Micromax's dual-operating system tablet LapTab will be priced under $500 (about Rs 30,000) and will be available in the domestic market next month.

Its latest offering, which runs on both Windows 8 and Android 4.2.2 JellyBean, was unveiled at the International Consumer Electronics Show 2014 in Las Vegas.

"The Laptab will be priced under $500 for the Indian market and we expect to sell about 100,000 units in the domestic market in the first half of 2014," Micromax Co-founder Rahul Sharma told PTI.

The Intel-powered LapTab is a dual-boot Windows and Android tablet and is designed for multitasking across operating platforms.

Users need to reboot the device to switch from Windows to Android and vice versa, he added.

On technical specifications of of the tablet, Micromax Chief Marketing Officer Shubhodip Pal said it is powered by 1.46GHz Intel Celeron processor and has a 10.1-inch IPS display.

Laptab comes with 2GB RAM, 7400 mAh battery, 2-megapixel front camera with light sensor and wireless keyboard. With storage of 32GB expandable up to 64GB and supports Bluetooth v4.0 and Wi-Fi, he added.

"As Micromax looks to expand footprints across global markets, we would continue to fulfill our promise of democratising technology for people around the world by making it more affordable and accessible," Sharma said.

Micromax would be unveiling more products across international markets in next six months, he added.

According to analysts, the Laptab's specifications are not its highpoint, but the dual operating systems is.

However, Micromax is not the only company to launch a dual-OS tablet at CES 2014.

The 13.3-inch tablet from the Asus stable sports a quad-core Intel i7 processor, 4GB RAM and 128GB of internal storage.

Besides, the detachable keyboard dock has a 1 terabyte of internal storage and various ports, including HDMI, LAN, one USB 3.0, and two USB 2.0.
Stay in touch with the latest from CES 2014, via our CES page.

Target among several US retailers to have been breached in 2013: Report
BSNL to install mobile towers in naxal-hit areas by end of 2014