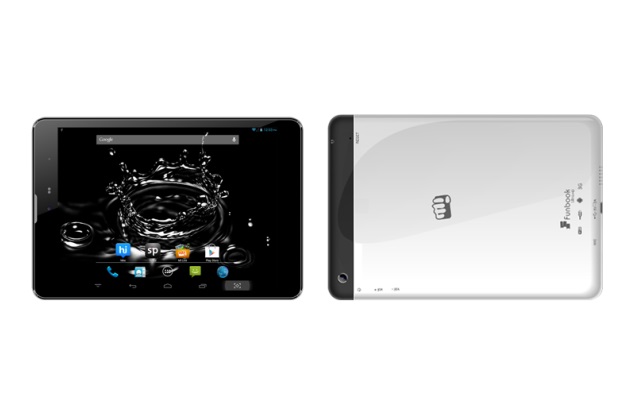 Micromax has listed its 3G-enabled voice-calling tablet, the Funbook Ultra HD P580, on its official store without pricing and availability details.

Earlier, the Micromax Funbook Ultra HD P580 was available at an e-commerce website for Rs. 11,990.

Other specifications of the Funbook Ultra HD P580 tablet include 8GB of inbuilt storage (roughly 5.5GB of user-accessible storage, as per the listing), which is expandable up to 32GB via microSD card. Notably, the Funbook Ultra HD P580 tablet comes with SIM support and offers voice-calling as well as 3G connectivity. A 5-megapixel rear camera is also onboard, apart from a 2-megapixel front camera. The tablet supports Bluetooth, FM radio, GPS/A-GPS, and Wi-Fi connectivity options.

The Micromax Funbook Ultra HD P580 tablet runs on a 3600mAh battery, which according to the official site delivers up to 8.5 hours of talktime and 200 hours of standby time.

Micromax in February also listed the Funbook Mini P410i on the company's website without pricing or availability details.