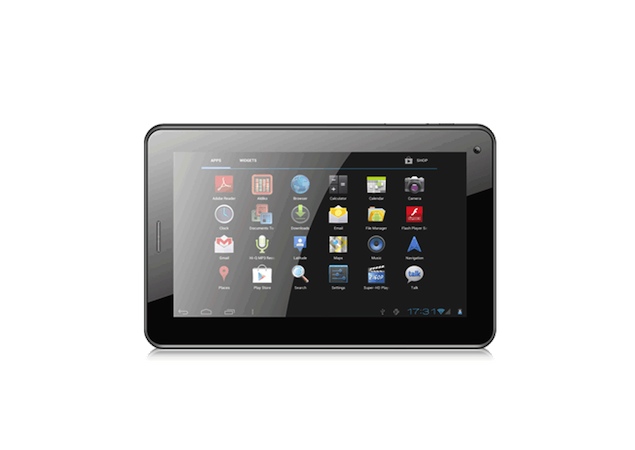 A new Micromax tablet that also supports voice calling has been spotted online on e-commerce website. The tablet, named Micromax Funbook Talk P360, has been listed on Snapdeal at a price of Rs. 7,049. We think that Micromax will soon announce its availability, officially.

The tablet sports a 7-inch capacitive touch screen that has a resolution of 800x480 pixels. It's powered by a 1.2 GHz Cortex-A9 single core processor and has 1GB RAM. The tablet offers 2G voice calling and Wi-Fi connectivity for accessing the Internet. It runs Android 4.1 Jelly Bean and comes pre-loaded with education related content. It also offers access  to Micromax's own app and content services stores.

The tablet comes with internal storage capacity of 1.65 GB, which is expandable to 32GB via microSD card. It sports a 2-megapixel rear camera and a 0.3-megapixel front facing camera. The tablet also offers Bluetooth connectivity for easy file transfers and use of headsets.

It has a 3000 mAh battery and promises a standby time of 180 hours on a single charge.

Earlier this year, another Micromax tablet, the Funbook P600, was spotted on Snapdeal, listed at a price of Rs 9,499. The P600 also boasts of 2G voice calling functionality but runs Android 4.0 Ice Cream Sandwich, an older version of Android. It also lacks Bluetooth connectivity. However, it 's powered by a dual-core processor.