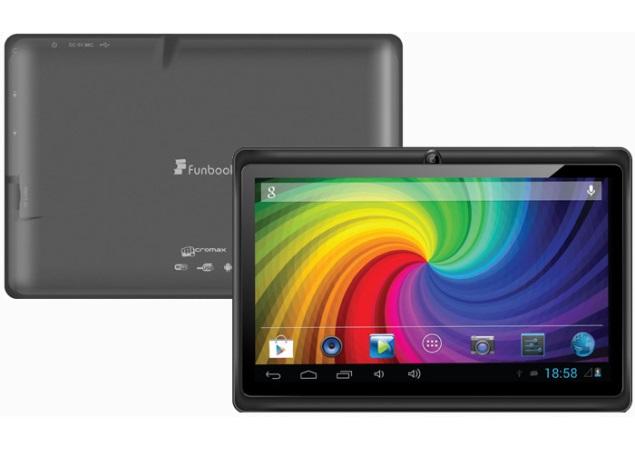 Micromax has launched its latest tablet for the Indian market, the Funbook P280 at Rs. 4,650. The company has announced that the Funbook P280 tablet will come bundled with a free detachable keyboard and a leather case.

The Funbook P280 comes with 4GB of inbuilt storage, which can be further expanded up to 32GB via microSD card. Along with the support for 3G connectivity via dongle, the Funbook P280 also includes standard Wi-Fi connectivity along with USB 2.0. The tablet packs a 2400mAh battery, which as per the company will provide up to 250 hours of standby time. The Micromax Funbook P280 comes preloaded with apps such as Spuul, Opera Mini, Kingsoft Office and M!Live.

Commenting on the launch, Vikas Jain, Co-Founder, Micromaxsaid, "Owing to the increased consumption of entertainment on mobile devices, we have tried to provide users with their one stop entertainment device with the Funbook P280. At Micromax, we have always aimed to empower a large consumer base in the country by offering them innovative devices reinforcing our commitment to democratize and massify technology. We are confident that the Funbook P280 would further strengthen our leadership pursuit in the tablet PC market."