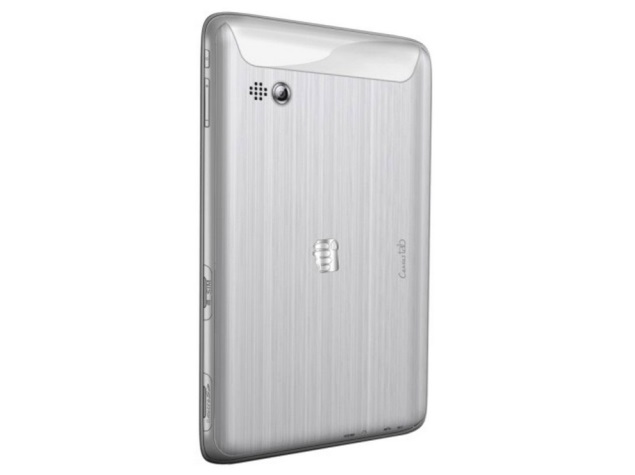 The Micromax Canvas Tab P650E tablet is listed as available on the company's online storeat Rs. 8,999, while the Funbook Ultra HD P580 is available at Rs. 11,990. Both the listings note that the tablets will be delivered in 7 to 10 business days. It's worth pointing out that the Canvas Tab 650E tablet is also available with MTS offers. 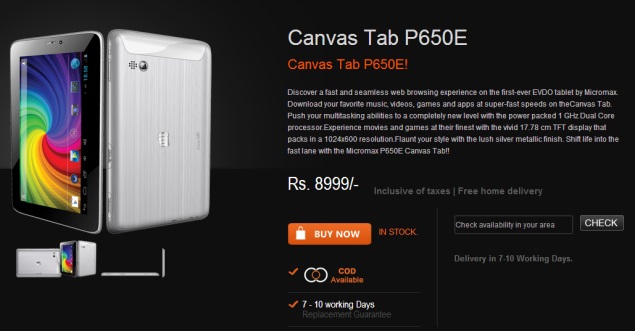 The Micromax Canvas Tab P650E is a CDMA variant of the company's first flagship tablet, the Canvas Tab P650. The Canvas Tab P650E offers single SIM functionality with support for CDMA network. It comes with a 7-inch display with a resolution of 1024x600 pixels. The tablet runs on the dated Android 4.0 Ice Cream Sandwich operating system.

The Canvas Tab P650E is powered by a dual-core Qualcomm Snapdragon S4 (MSM8625) processor clocked at 1GHz along with 512MB of RAM. Other specifications include a 2-megapixel rear camera, VGA front-facing camera and 4GB of inbuilt storage, which can be expanded up to 32GB.

The Canvas Tab P650E is backed by a 3000mAh battery which, according to the official listing, delivers up to 220 hours of standby time and up to 11 hours of talk time.

The Micromax Funbook Ultra HD P580, on the other hand, runs Android 4.2.2 Jelly Bean out-of-the-box. It features a 7.85-inch IPS HD display with a resolution of 1280x720 pixels. The new Micromax tablet is powered by a 1.2GHz quad-core MediaTek MTK8389 processor, coupled with 1GB of RAM.

Other specifications of the Funbook Ultra HD P580 tablet include 8GB of inbuilt storage (roughly 5.5GB of user-accessible storage, as per the listing), which is expandable up to 32GB via microSD card.