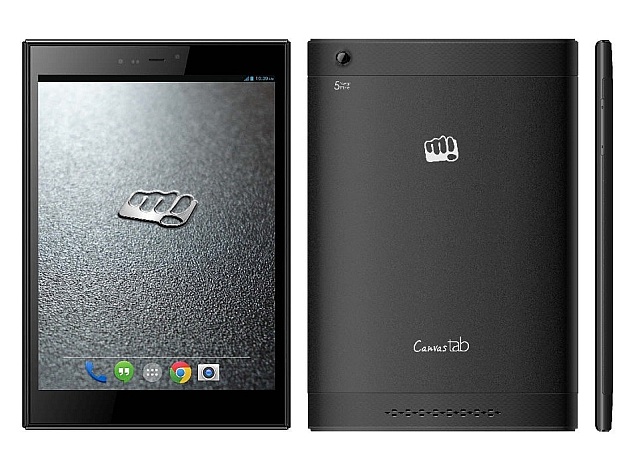 Micromax, in the midst of the ongoing CES 2015 expo, has launched its second device of the year - the Canvas Breeze Tab P660 - at Rs. 19,999. However, the exclusive retail partner for the tablet, Snapdeal, is selling it at a significant 49 percent discount at Rs. 10,194. Micromax also launched its Bolt AD3520 budget smartphone on Tuesday at Rs. 3,490.

The dual-SIM supporting Micromax Canvas Breeze Tab P660 features a 7.85-inch IPS display with a 1024x768 pixel resolution. Surprisingly, the tablet runs the rather dated Android 4.2.2 Jelly Bean OS version. There is no confirmation of an upcoming Android 4.4 KitKat or Android 5.0 Lollipop update as of now.

As for storage, the Micromax Canvas Breeze Tab P660 sports 8GB of inbuilt storage, which can be expanded via a microSD card (up to 32GB). A 4000mAh battery backs the tablet, and is claimed to offer up to 310 hours of standby time and 12 hours of talk time, as per the Snapdeal listing. Some of the connectivity options included in the Canvas Breeze Tab P660 are Wi-Fi, 2G, 3G, Bluetooth and FM radio. The tablet also supports voice calling.