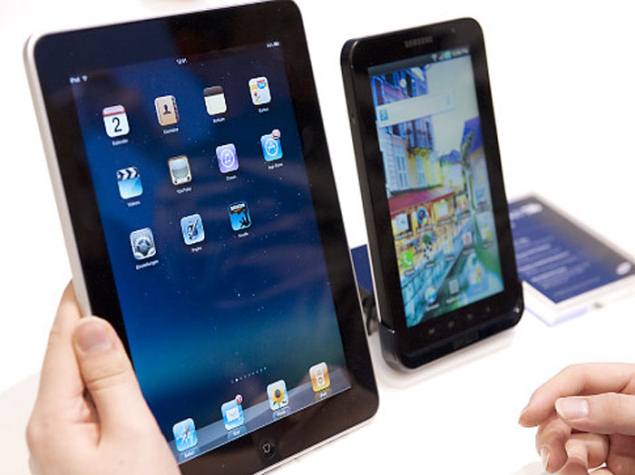 "While H1 2013 witnessed substantial growth in tablet volumes, driven largely by low-end devices, the market observed contraction in the second half," IDC said.

Despite a strong festive season demand, spending on tablets slowed down in H2 2013 as consumer adoption approached early stages of maturity on this category of devices, it added.

IDC expects tablets sales in 2014 to be flat. "The government mandate on BIS (Bureau of Indian Standards) certification, mixed with growing popularity of phablets is likely to obstruct the growth in the tablet category," IDC Research Manager Kiran Kumar said.

However, there has been an uptake in the adoption of tablets among commercial users. These are primarily meeting relevant needs in industries like financial services, media, healthcare and education among others.

Sales of tablet computers surged to 195.4 million last year in a 68 percent jump from what was seen in 2012, the industry tracker reported.

The raw number of iPads sold climbed more than nine million to a total of 70.4 million in 2013. Microsoft sold slightly more than four million Windows-powered tablets in a jump from the prior year, but remained far behind the market leaders.