After rolling-out its G Pad 10.1 tablet globally last month, LG on Thursday announced the global roll-out of the LTE version of the G Pad 8.0.

The LG G Pad 8.0 LTE will roll-out to the European region starting this week, and to Central and South America, Asia and CIS regions gradually thereafter. Details on the pricing of the tablet are not yet known.

It is worth noting that the Wi-Fi variant of the LG G Pad 8.0 tablet in June also started shipping to European regions first. The Wi-Fi version of the tablet was first introduced along with the LG G Pad 10.1 and G Pad 7.0 tablets in May.

The LG G Pad 8.0 LTE tablet features similar specifications like seen in its Wi-Fi variant, except that it has 4G LTE connectivity option. The G Pad 8.0 LTE features an 8-inch IPS display with a WXGA (1280x800 pixel) resolution.

The tablet is powered by a 1.2GHz quad-core processor (unspecified) coupled with 1GB of RAM, and features 16GB of inbuilt storage with microSD card support. The LG G Pad 8.0 LTE features a 5-megapixel rear camera, a 1.3-megapixel front camera, and a 4200mAh battery. The tablet measures 210.8x124.2x9.9mm and weighs 344 grams. 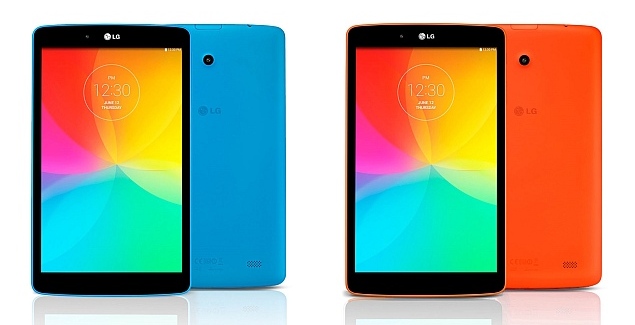 The LG G Pad 8.0 LTE is available in Black, White, Luminous Orange and Luminous Blue colour variants. The tablet shares the same UI as seen in the company's flagship, LG G3. In addition, the device includes QPair 2.0, through which "users can connect to their smartphones with Bluetooth to conveniently answer phone calls, receive notifications, and send text messages, directly from their LG tablet."

Other features that LG is touting on the LG G Pad 8.0 LTE are Touch & Shoot, Gesture Shot, Smart Keyboard, and Knock Code. The Touch and Shoot feature enables users to tap anywhere on the tablet screen to focus the subject automatically and shoot images. The Gesture Shot feature lets users click a selfie shot via the tablet's front-facing camera with the help of a simple gesture. The users would have to open and close the palms of their hands, after which a countdown timer of three seconds starts. 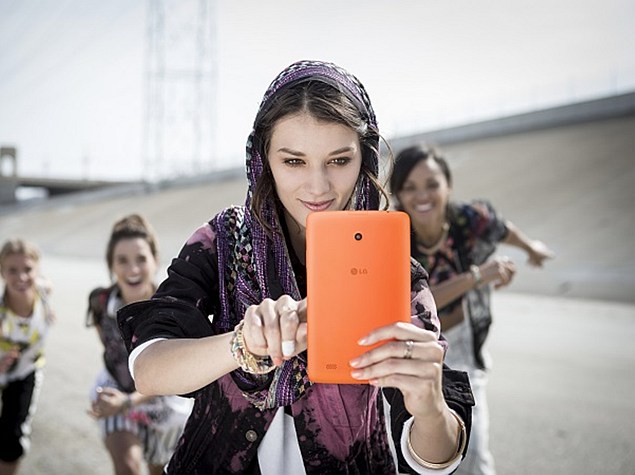 The Smart Keyboard according to LG enables users to type efficiently with minimal errors by tracking and analysing the users' typing habits. LG has also included the new Knock Code password lock feature, which the company claims is an evolution of the KnockON feature that was first introduced in the LG G2 last year.

"With the G Pad 8.0 LTE, LG is setting a higher standard for connectivity in emerging 4G markets," said Dr. Jong-seok Park, president and CEO of the LG Electronics Mobile Communications Company during the launch. "Today's on-the-go consumers demand speed and convenience wherever they are, at any time. If a 4G LTE infrastructure is in place, we want LG products to be first to take advantage of the fast network."