The Chinese consumer electronics giant had introduced its new Yoga Tablet 2 and Yoga Tablet 2 Pro tablets alongside the Yoga 3 Pro laptop last week. There is no word on the India availability of the new laptop as of now, nor of the Yoga Tablet 2 (8-inch, Windows).

The Yoga Tablet 2's 8-inch and 10-inch variants both feature a resolution of 1920x1200 pixels. All three Yoga Tablet 2 models introduced in India come with an Accutype keyboard dock powered by Bluetooth that also serves as a cover. 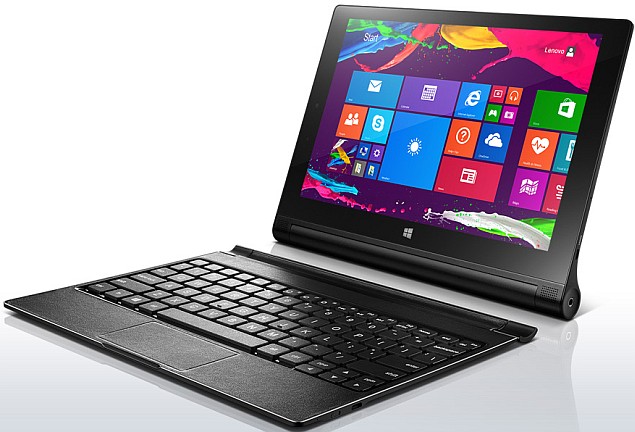 The highlighted features of the Yoga Tablet 2 Pro include built-in pico projector that can project an image of up to 50-inches in size and an 8-watt sound system with a subwoofer.