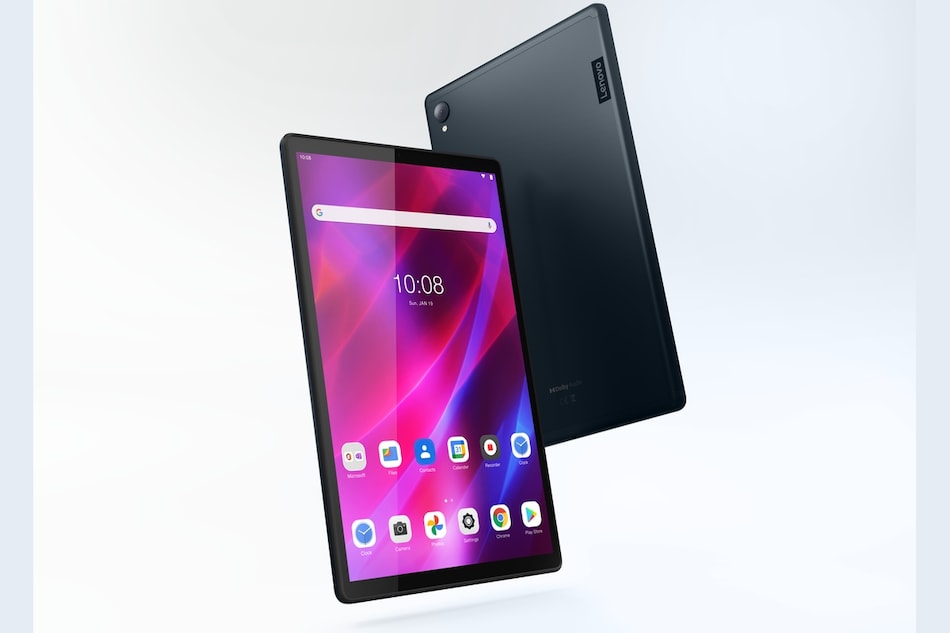 Lenovo Tab K10 was launched in India on Monday. The new Android 11-based tablet sports a 10.3-inch full-HD TDDI display. The Lenovo Tab K10 is powered by an octa-core MediaTek Helio P22T SOC paired with up to 4GB of RAM and up to 128GB of onboard storage with expansion via an SD card. It also packs a 7,500mAh battery with 10W charging support. Its dual speakers have support for Dolby Audio and the display has support for the Lenovo Active Pen stylus as an optional accessory. A battery-less variant is also being marketed to enterprise customers.

The Lenovo tablet is available in a sole Abyss Blue colour option. The official website is offering the Lenovo Tab K10 with a 6 months no-cost EMI starting at Rs 2,333. There is also a battery-less variant for enterprise customers, aimed at retail, manufacturing, banking, finance, and education industries.

For optics, the Lenovo Tab K10 gets an 8-megapixel primary rear camera with an integrated flash. It has a 5-megapixel primary selfie sensor as well. Connectivity options include dual-band Wi-Fi with 802.11 a/b/g/n/ac, 4G LTE, Bluetooth v5, USB Type-C port, and a 3.5mm headphone jack. The tablet has dual speakers with Dolby Atmos and gets an ioXt certification. Users can unlock the tablet using its face unlock feature.