The Lenovo Smart Tab M8's Android version has not been detailed. It sports an 8-inch HD (1280x800 pixels) IPS display, with Dolby Atmos tuned stereo speakers. It is powered by a quad-core MediaTek A22 SoC with 2GB of RAM. It comes in 16GB and 32GB storage options that are expandable via microSD card (up to 2TB). It features a 2-megapixel front camera and a 5-megapixel rear camera. 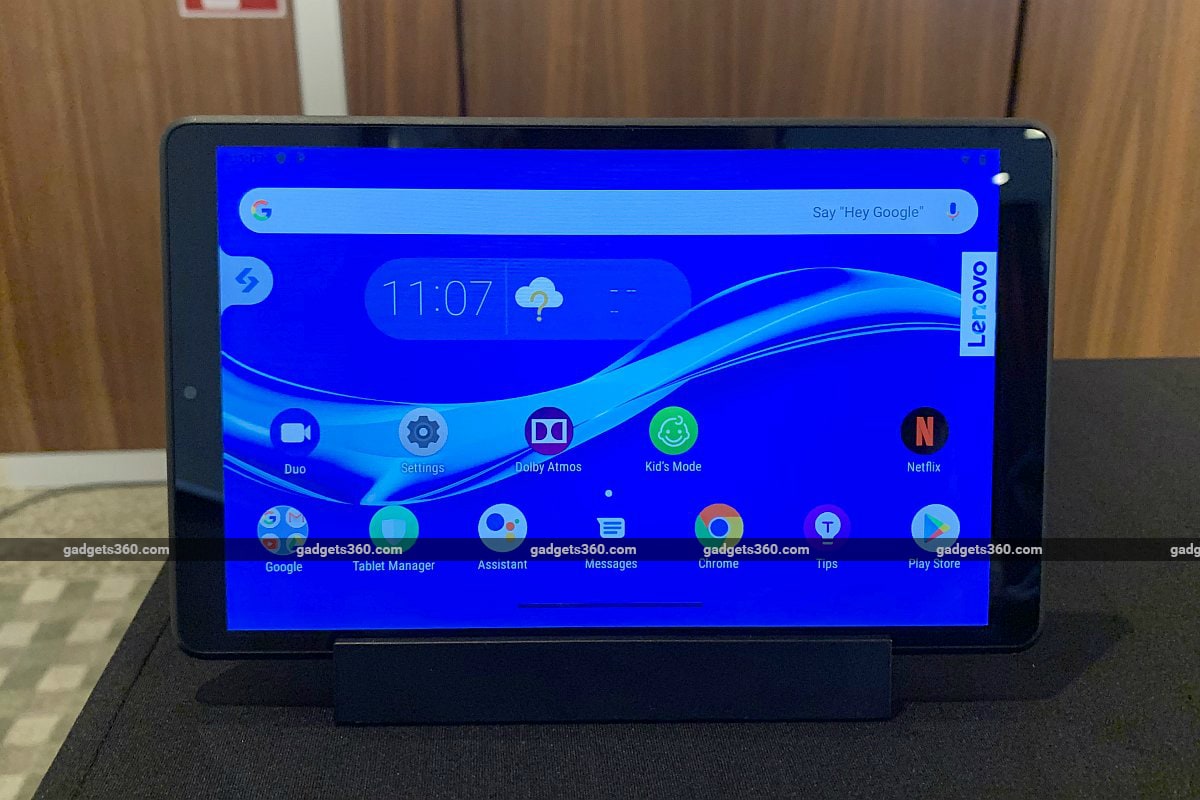 Connectivity options on the Lenovo Smart Tab M8 include Wi-Fi 802.11ac and Bluetooth v4.2 LE, 4G LTE (for the LTE variant), a 3.5mm audio jack, and a Micro-USB port. It is powered by a 5,000mAh battery, while sensors on board include an accelerometer, ambient light sensor, and proximity sensor. It's available in Onyx Black and Platinum Grey colour variants, is 8.15mm thin, and weighs 305 grams.

The Yoga Smart Tab features two 2W JBL speakers as its biggest USP, alongside its 10.1-inch full-HD (1920x1200 pixels) IPS display. It runs Android 9.0 Pie on a Qualcomm Snapdragon 439 SoC, with up to 4GB of RAM. There are 32GB and 64GB storage options, expandable via microSD card (up to 256GB). There is a 5-megapixel wide-angle front camera and an 8-megapixel rear camera on board.

Connectivity options on the Yoga Smart Tab include Wi-Fi 802.11ac, Bluetooth v4.2, 3.5mm headphone jack, USB Type-C, as well as 4G LTE and GPS/ A-GPS on the LTE variant. Sensors on board include ambient light sensor, accelerometer, and a gyroscope. It's powered by a 7,000mAh battery. It comes in an Iron Grey colour, is 8.5mm thick at its thinnest, and weighs 580 grams. It has IP52 dust and water resistance.