Lenovo ahead of CES 2016 has unveiled several new devices it will launch at the trade show. The Chinese consumer electronics giant introduced 12 new laptops, an all-in-one system, a tablet, a monitor, two 2-in-1 laptops, two ThinkCentre-in-one systems, apart from a new budget laptop with Chrome OS and Windows 10 variants.

Lenovo touted its ThinkPad X1 Yoga for its 0.66-inch thickness and 2.8 pounds (roughly Rs. 1.2 kgs) weight. According to the firm, it is world's first convertible laptop featuring an optional Samsung Oled display. The Oled display is optional. The Windows 10 laptop also comes with an active pen for better productivity. 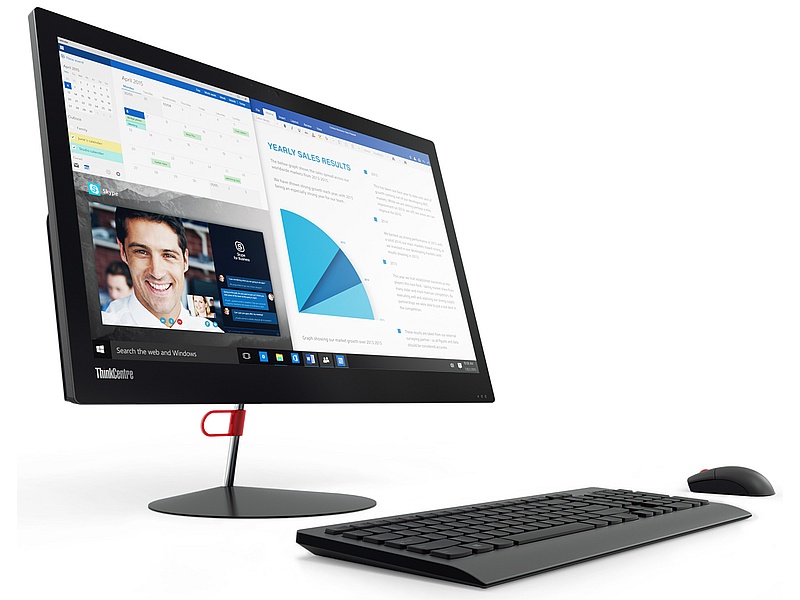 The Lenovo ThinkCentre X1 AIO (seen above) is said to sport a slim 11mm frame, making it one of the thinnest desktops in the world. It comes with anti-glare 23.8-inch display. The Lenovo ThinkVision X1 as per the tech company is the world's first monitor to receive the TUV Eye-Comfort certification. It features a 27-inch UltraHD edge-to-edge anti-glare display and houses USB type C port as well.

The Windows 10-based ThinkPad X1 Tablet features a modular design and is rated to deliver up to 15 hours of work time when clubbed with the Productivity Module accessory. Besides several ports and dock connectivity features, the tablet houses an integrated projector as well. The projector comes as a part of the detachable battery. Intel RealSense 3D camera is also one of the highlights of the modular tablet. It is powered by an Intel Core m7 processor.

Lenovo also showcased the ThinkPad W700ds (seen below), which it claimed was the world's first dual screen mobile workstation. Not much is known about the device for now though. The new ThinkPad T460 and T560 launched at CES 2016 were touted for their "incredible battery life", while the 14-inch ThinkPad T460s was said to deliver the same performance but measuring just 18.8mm thin and weighing under 3 pounds (roughly 1.3 kgs). The laptop is made for business professionals. The ThinkPad T460p sports a QHD IPS display; supports up to 32GB of storage; DDR4 RAM; and comes powered by a choice of 6th generation Intel Core 'H-Series' processors. 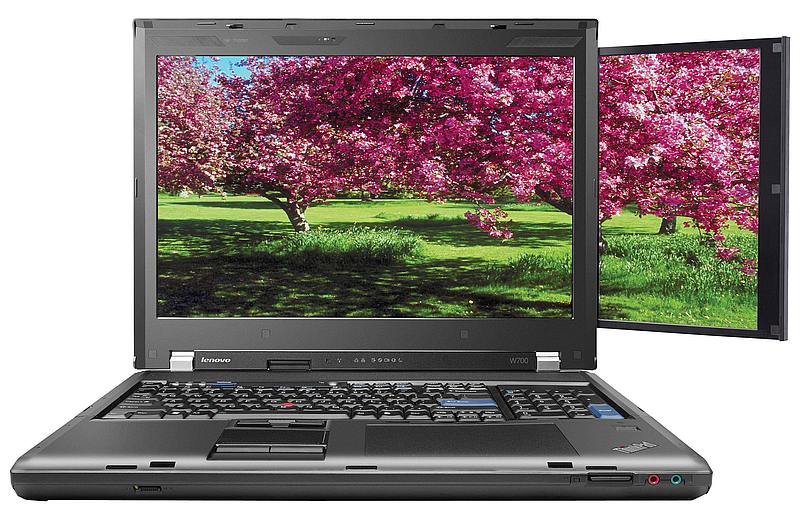 The Lenovo ThinkPad X260 is a 12-inch Ultrabook that's claimed to deliver up to 21 hours of work time with an optional battery. The ThinkPad L460 and L560 were touted for their Mil-Spec durability and "ThinkPad confidence within a high-value package."

For students, Lenovo launched its ThinkPad 13 with a choice of Chrome OS and Windows 10. The device features USB Type-C port; up to 512GB of SSD storage, and up to 16GB memory on the Windows model. It also is said to be the first ThinkPad device to support Chrome for Business. Both ship with 6th-gen Intel Core i5 processors

The ThinkVision X24 Pro monitor comes with an integrated Intel 3D RealSense camera and multiple ports including USB Type-C. It can be clubbed with optional accessories for increased productivity. The company additionally announced its 2 nd generation ThinkCentre-in-One 22 and 24 models that will be available in 21.5-inch and 23.8-inch configurations. Both will also be available in touchscreen options.