Lenovo E7 will be available at Walmart starting October.

Lenovo has made official five budget Android tablets, with a price starting as low as $69.99 (roughly Rs. 4,900). The Android tablets come in different configurations, targeting different needs. Lenovo has announced the E7, E8, E10, P10, and M10 tablets, with most of them being made available in October. Most of them run on Android 8.1 Oreo and Android 8.1 Oreo (Go Edition), and out of the five tablets, the Lenovo E8 has been made available immediately in the US market.

Starting with the most affordable Lenovo E7 tablet, this $69.99 (roughly Rs. 4,900) priced variant runs on Android Oreo (Go Edition), and has a 7.3-inch touchscreen LCD display with 1024x600 pixel resolution. It is powered by the MediaTek MT8167 SoC and packs 1GB of RAM. Internal storage is at 16GB with microSD card slot support for further expansion. At the front, the Lenocvo E7 sports a 0.3-megapixel display, and a 2-megapixel sensor at the back. It packs a 2,750mAh battery which claims to offer 5 hours of video playback. The Lenovo E7 will be made available exclusively at Walmart starting October.

The Lenovo E8 stands out of the bunch, not because it has a $99 (roughly Rs. 6,900) price tag, but because it runs on Android Nougat and that it is made available immediately at Walmart. It sports an 8-inch (1200x800 pixels) IPS LCD display, and is powered by the Mediatek MT8163B processor paired with 1GB RAM. It offers 16GB storage with further expansion capabilities through a microSD slot. There's a 5-megapixel camera at the back, and a 2-megapixel camera in the front as well. It packs a 4,850mAh battery claiming to offer 10 hours of video playback, and supports a single Dolby Atmos speaker in the front. 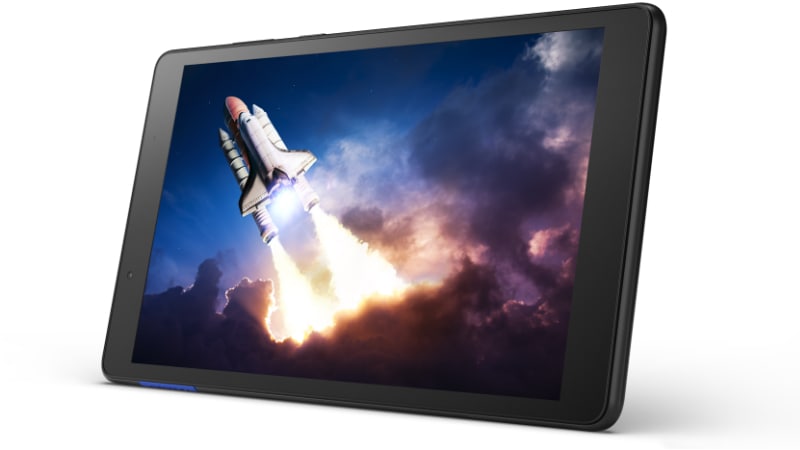 Last in the 'E' series is the Lenovo E10 priced at $129 (roughly Rs. 9,000). The E10 runs on Android Oreo (Go Edition) and sports a 10-inch (1280x800 pixels) IPS LCD display, and is powered by the Snapdragon 210 processor paired with 2GB RAM and 16GB internal storage (plus microSD card slot support). Camera and battery is the same as the Lenovo E8, and it will also be available in Walmart exclusively sometime in October. It sports front speakers with Dolby Atmos support. 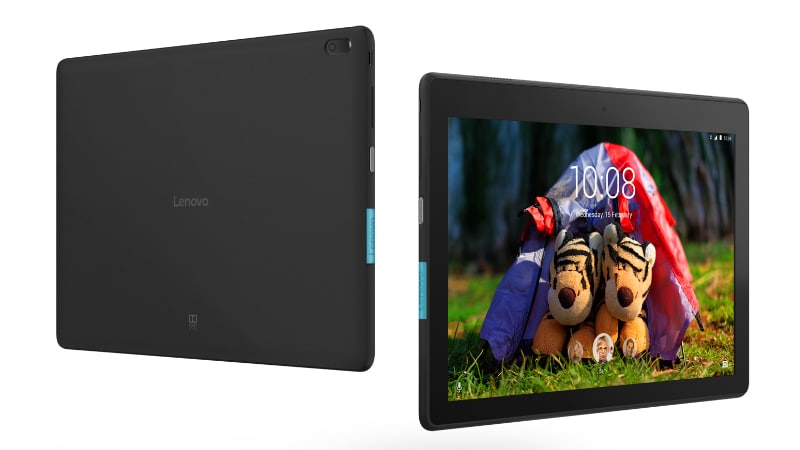 Lenovo launched two more tablets for customers who demand a bit more. The pricing of the Lenovo P10 and Lenovo M10 have not yet been released. Starting with the Lenovo M10, it sports a 10.2-inch (1920x1200 pixels) IPS LCD panel, powered by the Snapdragon 450 SoC, paired with 3GB RAM and 32GB of internal storage capacity. It sports the same camera and battery capacity as the E8, comes with microSD card slot support, runs on Android Oreo, and weighs 481 grams. 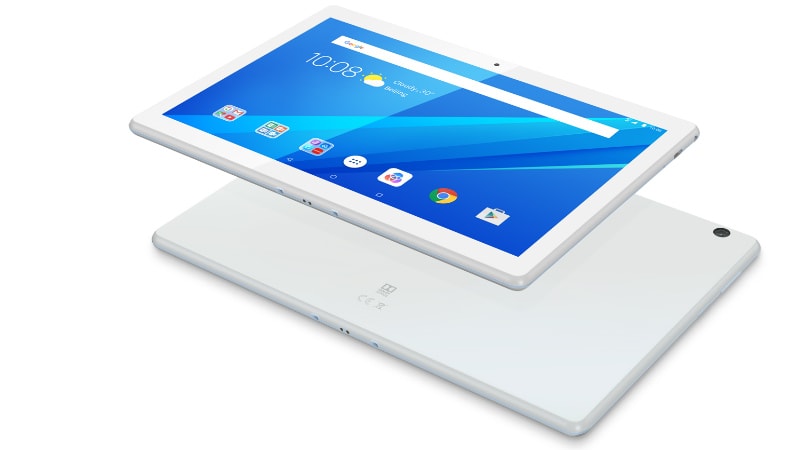 Lenovo M10 will be available later on Amazon

Lastly, the most premium, the Lenovo P10 sports a 10.1-inch (1920x1200 pixels) IPS LCD panel, powered by a Snapdragon 450 SoC paired with 4GB RAM. It offers 64GB storage with microSD cad support, 8-megapixel autofocus front cameras, and a 5-megapixel rear camera as well. It packs a 7,000mAh battery claiming to offer 15 hours of video playback, and weighs 440 grams. It also sports a fingerprint sensor and has four speakers with Dolby Atmos support. Both, the M10 and P10 will go on pre-order later this year on Amazon. 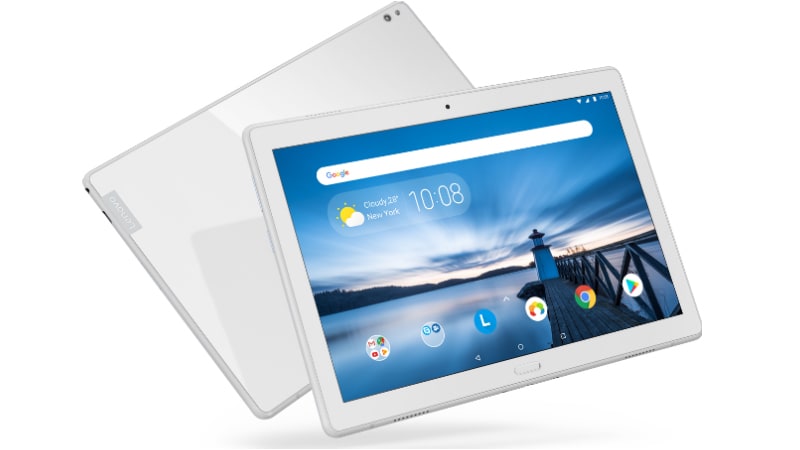 Further reading: Lenovo
Tasneem Akolawala Email Tasneem
Tasneem Akolawala is a Senior Reporter for Gadgets 360. Her reporting expertise encompasses smartphones, wearables, apps, social media, and the overall tech industry. She reports out of Mumbai, and also writes about the ups and downs in the Indian telecom sector. Tasneem can be reached on Twitter at @MuteRiot, and leads, tips, and releases can be sent to tasneema@ndtv.com. More
Death Note Sequel in Development at Netflix, With Greg Russo as Writer
How Ericsson's Centre of Excellence Hopes to Localise 5G Use Cases for India