Lava has listed a new tablet - Lava Xtron Mega - with specifications on its website. The tablet's price and availability are not known yet.

The Lava Xtron Mega tablet runs the old Android 4.2.2 Jelly Bean out-of-the-box, as per the listing. It features a 10.1-inch IPS display with a resolution of 1280x800 pixels, and is powered by a 1.3GHz quad-core processor (unspecified) alongside Power VR SGX540 GPU, coupled with 1GB of RAM.

The Xtron Mega sports a 2-megapixel rear camera without flash, while there is also a 0.3-megapixel front-facing camera onboard. It includes 16GB of inbuilt storage, which is expandable via microSD card (up to 32GB). Connectivity options on the Lava Xtron Mega include Wi-Fi, Bluetooth, Micro-USB, GPS, AGPS and HDMI. It packs a 6000mAh battery. 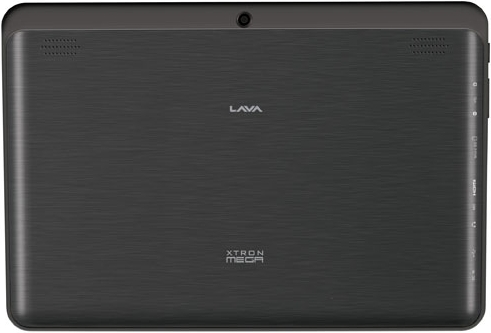 Design-wise, the tablet features all the buttons and connectors like volume keys, power button and 3.5mm headphone slot on the left-side of the device. Xtron Mega also includes two speakers placed on its rear panel. The rear panel of the tablet flaunts the same brushed metal design seen in most of the company's tablets.