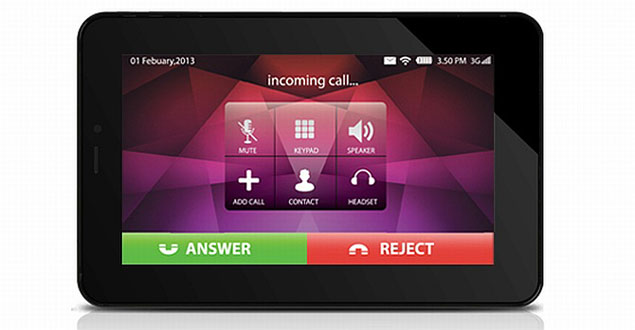 We had reported earlier in regards to Lava launching this tablet, which will be around Rs. 10,000 and true to word this tablet is priced at Rs. 9,499. Internally, the tablet comes with Qualcomm Snapdragon processor that clocks speed of 1GHz. Other specifications for this tablet are 512MB of RAM and 4 GB of internal storage. For camera, there is 2-megapixel rear camera and a VGA shooter as the front camera.

The tablet packs in a 3,000 mAh battery and comes with pre-installed apps from Hungama, Bigflix, Edukart, Meritnation, Diamond Comics and Readwhere. Apart from that the Lava has partnered with Meritnation to offer free Vedic maths content and a discount of Rs 750/- on any of Meritnation.com package with the purchase of tablet.

Lava had earlier launched ETAB Xtron, which is a 7-inch tablet. The tablet is powered by a 1.5 GHz dual-core processor, accompanied by 1GB of RAM. The tablet runs on Android 4.1.1 (Jelly Bean) and is available in the market for Rs. 6,499. The Lava ETAB XTRON also features a 2-megapixel front facing camera. There is 8GB of internal memory available on the tablet, which can be extended by up to 32GB via microSD card. Connectivity wise, the tablet doesn't offer 3G and the only way to connect to the Internet is through Wi-Fi. The tablet runs on a 3,500 mAh battery, which according to Lava, delivers up to 4 hours of video playback.