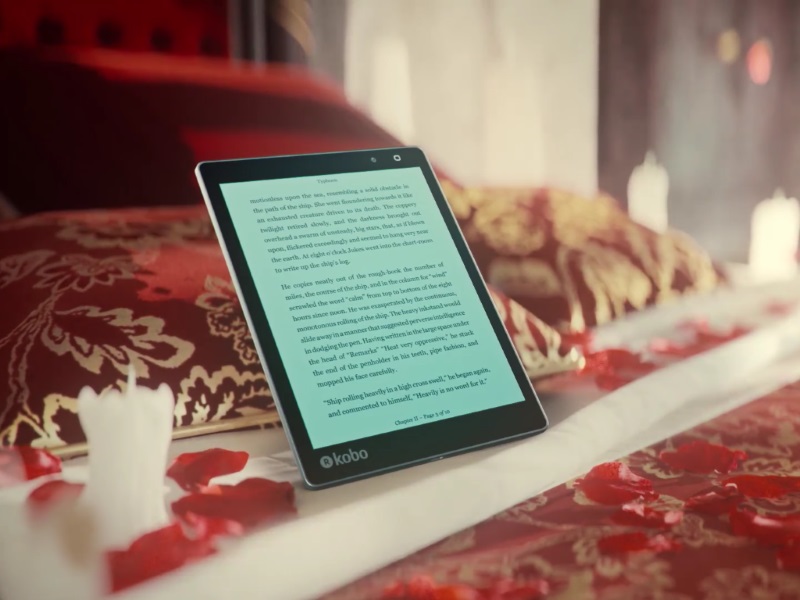 Highlights
When we talk about ebook readers (aka e-readers), the name of Kindle comes to mind instantaneously. This very fact doesn't speak well for Amazon's competitors in the field. However, Kobo has now announced its new e-reader, the Aura One, and the company would surely like to challenge Amazon with its latest device.

In comparison with some of the other e-readers that are available in the market today, Aura One is comparatively big - it packs a 7.8-inch display with pixel density of 300ppi. In order to compensate for the bigger display, the company has ensured that the device remains as thin and lightweight as possible. Aura One is 6.9mm thick and weighs 230 grams.

With Aura One, Kobo is also introducing the software feature to adjust the colour temperature of the display. You can either choose to manually tweak the tone of the display or you can let it correct itself according to the time of the day with the auto-adjust setting.

Another important feature regarding Aura One is its water resistance. The company has claimed that it meets IPX8 standards, effectively better water resistance, compared with IP67 rating on its previous e-reader Aura H20.

The e-reader from Kobo packs a 1GHz processor and 512MB of RAM. It will be available for purchase from September 6 in the US and Canada for $229 (roughly Rs. 15,300) and $249 (roughly Rs. 16,600) respectively and will also be released for a host of European countries on the same day.

Kobo's ebook store claims to have over 5 million titles and provide a good ground for the device to provide Kindle e-readers some serious competition.
Comments

Why Is the iPad Pro a 'Computer'? Because Apple's Courting the Business Market
The Highs and Lows of No Man's Sky