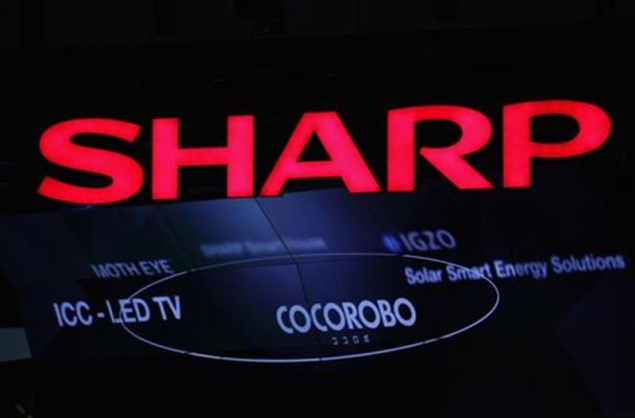 Sharp's iPad screen production line at its Kameyama plant in central Japan has fallen to the minimal level to keep the line running this month after a gradual slowdown began at the end of 2012 as Apple manages its inventory, the industry sources with knowledge of Sharp's production plans told Reuters.

Apple officials, contacted late in the evening after normal business hours in California, did not have an immediate comment.

The sources didn't say how much of the slowdown was due to seasonal changes in demand or consumers opting for the smaller iPad mini and were unable to characterize Apple's overall tablet sales.

Macquarie Research has estimated that iPad shipments will tumble nearly 40 percent in the current quarter to about 8 million from about 13 million in the fourth quarter, although Apple's total tablet shipments will show a much smaller decrease due to strong iPad mini sales.

Apple shares
Any indication that iPad sales are struggling could add to concern that the appeal of Apple products is waning after earlier media reports said it is slashing orders for iPhone 5 screens and other components from its Asian suppliers.

Those reports helped knock Apple's shares temporarily below $500 this week, the first time its stock had been below the threshold mark in almost one year.

Apple, the reports said, has asked state-managed Japan Display, Sharp and LG Display to halve supplies of iPhone panels from an initial plan for about 65 million screens in January-March. Apple is losing ground to Samsung, as well as emerging rivals including China's Huawei Technologies Co Ltd and ZTE Corp.

No big change at other makers
In addition to Sharp, Apple also buys iPad screens from LG Display Co Ltd, its biggest supplier, and Samsung Display, a flat-panel unit of Samsung Electronics.

Both LG Display and Samsung Display declined to comment.

A source at Samsung Display, however, said there had not been any significant change in its panel business with Apple, which has been steadily reducing panel purchases from the South Korean firm.

A person who is familiar with the situation at LG Display said iPad screen production in the current quarter had fallen from the previous quarter ending in December, mainly due to weak seasonal demand that is typical after the busy year-end holiday sales period.

Apple's iPad sales may have suffered amid a weak Christmas shopping period that hurt other consumer gadget makers as well.

Crowd of rival products
Apple also faces stiffening competition in tablets from a growing crowd of rival products from makers including Samsung with its Galaxy and Microsoft Corp's Surface. A consumer shift to smaller 7-inch screen devices, which Apple responded to late last year by launching its iPad mini for $329, are adding pressure.

BNP Paribas expects the iPad mini will eat into sales of the full-sized iPad, with the mini rise to 60 percent of total iPad shipments in the January-March quarter.

Looking to cut into Apple's market share in the smaller segment are Amazon.com Inc with its Kindle and Google Inc with its Nexus 7.

CEO, Tim Cook, who is credited with building Apple's Asian supply chain, has overseen several gadget launches, including the iPhone 5, the latest iPad models and the iPad mini during his first year, is under pressure to deliver the kind of product innovations that wowed consumers during Steve Jobs' tenure to keep his company's profit growth stellar.

Sharp, which also supplies screens for the iPhone, has been working with its main banks on a restructuring plan after posting a $5.6 billion loss for the past fiscal year. To secure emergency financing from lenders including Mizuho Financial Group and Mitsubishi Financial Group.it had mortgage its domestic factories and offices including the one building screens for Apple.

In December, Qualcomm Inc agreed to invest as much as $120 million in Sharp and the two companies said they would work to develop new power-saving screens.