While the new 11-inch iPad Pro will likely have an aluminium back, the next-generation 12.9-inch iPad Pro may debut with a glass back panel. 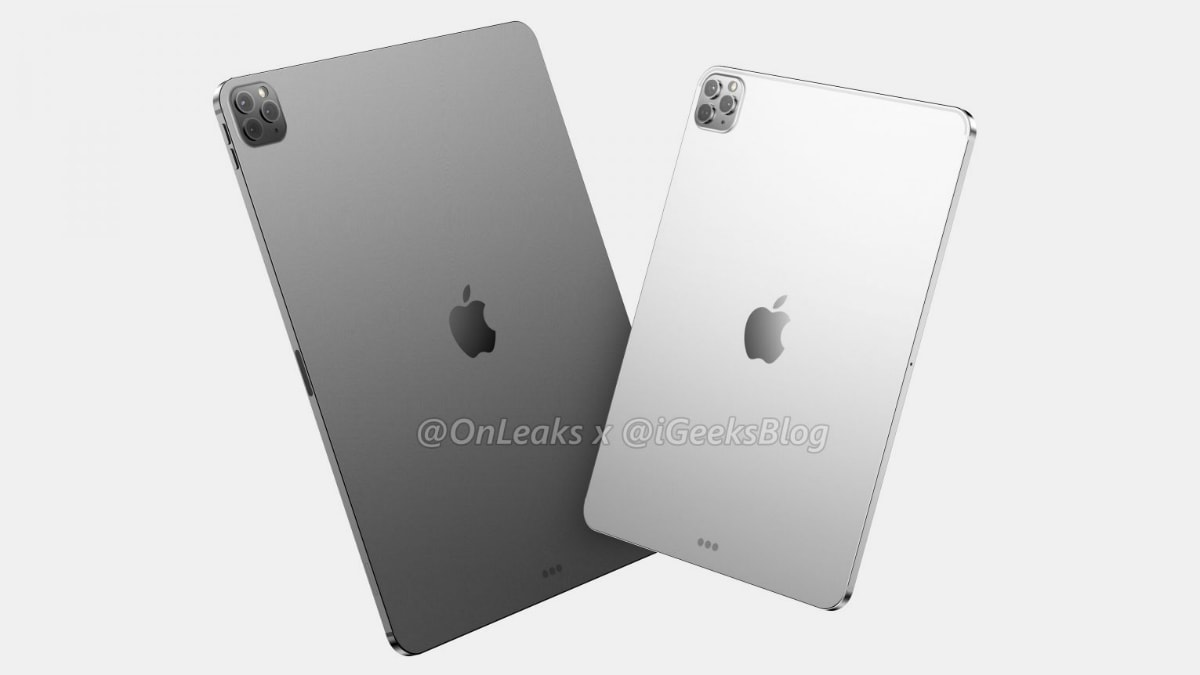 Apple iPad Pro family is rumoured to receive updated 11-inch and 12.9-inch models with an iPhone 11 Pro style triple-lens cameras. Some alleged renders of the new iPad Pro models have surfaced online to suggest what the Cupertino company would have for iPad fans in 2020. The renders hint that apart from the new camera modules at the back, the new 11-inch and 12.9-inch iPad Pro models wouldn't include any major design changes. Both models would retain Apple's Face ID for biometric authentication and have identical dimensions that we saw last year. Additionally, a video based on the early renders has also been released to suggest what Apple would offer through the 2020 iPad Pro models.

While the new 11-inch iPad Pro will likely have an aluminium back, the next-generation 12.9-inch iPad Pro may debut with a glass back panel as suggested by the leaked renders.

The tipster has also shared the dimensions of the new 11-inch iPad Pro - 248x178.6x5.9mm, with the thickest point being the 7.8mm rear camera bump. Notably, the camera bump would be similar to what is present on the iPhone 11 Pro and iPhone 11 Pro Max models.

Recently, popular analyst Ming-Chi Kuo also suggested that Apple is planning to release an iPad Pro update during the first half of 2020. The analyst had earlier revealed that the upcoming iPad Pro models will come with rear 3D sensing.

Apple is speculated to use a Time-of-Flight (ToF) system that measures the time that it takes for light to bounce off of objects in a room to generate a 3D map. Additionally, Kuo also reiterated that the company would unveil its low-cost iPhone SE 2 in the first half of 2020 -- alongside the debut of the new iPad Pro models.

In September, SonnyDickson.com, the website of tipster Sonny Dickson who has a solid track record of revealing unannounced Apple products, posted an image of a "final design mockup" of the new iPad Pro that highlighted the triple rear camera setup similar to that of the latest iPhone 11 Pro models. That image showed three image sensors integrated within a single square-shaped module along with an LED flash.