iPad Pro 2020 models were announced by Apple on Tuesday. They are claimed to be “more powerful than most Windows PC laptops” and now, AnTuTu benchmark results for the 11-inch variant have been revealed showing 6GB AM and 128GB storage. It is running iPadOS 13.4, has a resolution of 1668 x 2388 pixels, and is powered by the Apple A12Z Bionic chip. The 2020 iPad Pro was put head to head with third-generation model which gave some interesting results. 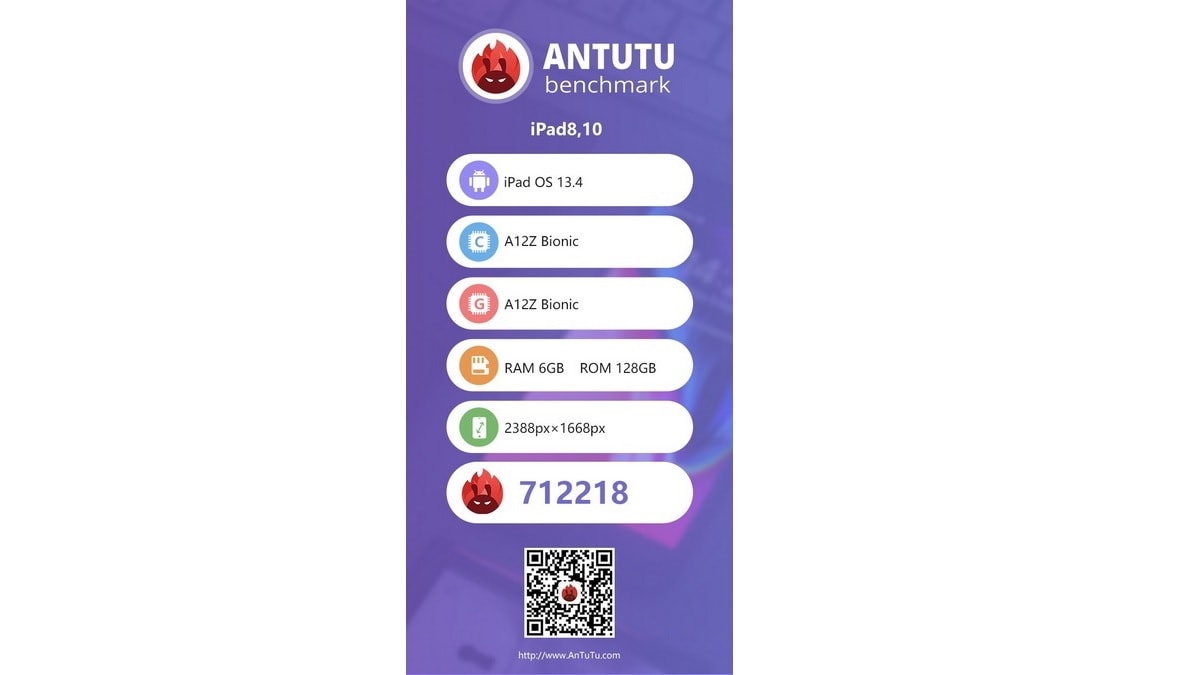 The benchmarks released by AnTuTu on its website show that in some cases, the score was more or less the same like in case of the CPU and UX. Surprisingly, if the results are accurate, the 2020 iPad Pro fell short by a few points in terms of CPU scores – 187,572 for the older model versus 186,186 for the 2020 model. In terms of the UX score, the older model scored 77,879 while the newer model scored 77,253. This could possibly be explained by looking at the chipset configuration. The older model comes with the Apple A12X Bionic chip which has an eight-core CPU and a seven-core GPU while the newer 2020 model has an A12Z chip which has an eight-core CPU and an eight-core GPU, same number of CPU cores but one extra GPU core.

This also explains the difference in GPU scores between the two iPad models with the newer one scoring 373,781 points and the older scoring 345,016. In terms of memory, the 2020 iPad Pro comes with 6GB RAM which is 2GB more than the older model so you'd expect the newer to score higher, but surprisingly that isn't the case. The 2020 iPad scored 74,998 while the older iPad scored significantly higher at 95,118. Separately, iOS 13.4 Gold Master release for developers tipped the 6GB RAM figure is for all variants of the iPad Pro 2020. The overall score for the 2020 iPad Pro was 712,218 which was higher than last generation's 705,585. GSMArena notes that this score is around 100,000 points more than the Snapdragon 865 rivals on the Android side.