iPad mini with Retina display to be thicker and wider: Report 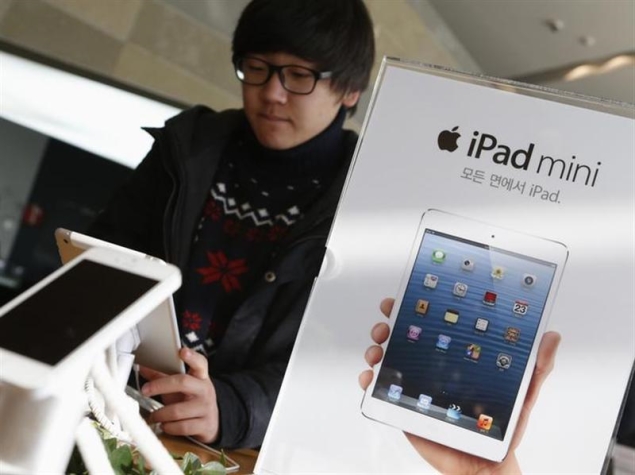 A number of reports claim that the next-generation iPad mini will sport a high-resolution Retina display, just like its bigger siblings.

One of the major reasons for not including a Retina display on the iPad mini has been Apple's intent to keep the tablet thin, light and compact, in addition to keeping its cost low, and providing reasonable battery life. Now that Apple's reportedly including a Retina display with the tablet, the iPad mini's thickness will increase, according to a report by Japanese Mac-focused blog, Macotakara.

The report cites exhibitors at the China Sourcing Fairs who reportedly showcased a case made for the second-generation iPad mini.

The report states that the change in dimensions would be similar to the transition from iPad 2 to the third-generation iPad, which was the first iPad to feature a Retina display.

It also reiterates that the next-generation iPad mini's microphone will be located at the back, as evident from the cases, in line with previous rumours.

The new iPad mini is also likely to sport an improved 8-megapixel rear camera sensor, as per KGI Securities' analyst Ming-Chi Kuo. He had also mentioned that the Retina display equipped iPad mini will launch in the fourth quarter of 2013. Some reports, however, had indicated that Apple would be unable to widely roll out a new version of the iPad mini with a high-resolution "Retina" display in October, citing people who work in the company's supply chain as a source.

Apple is reportedly expected to unveil the new iPad tablets at an event on 22 October, however, there's no official word from the company on the same.
Comments