iPad Lineup Gets Storage Bumps to Match the iPhone 7 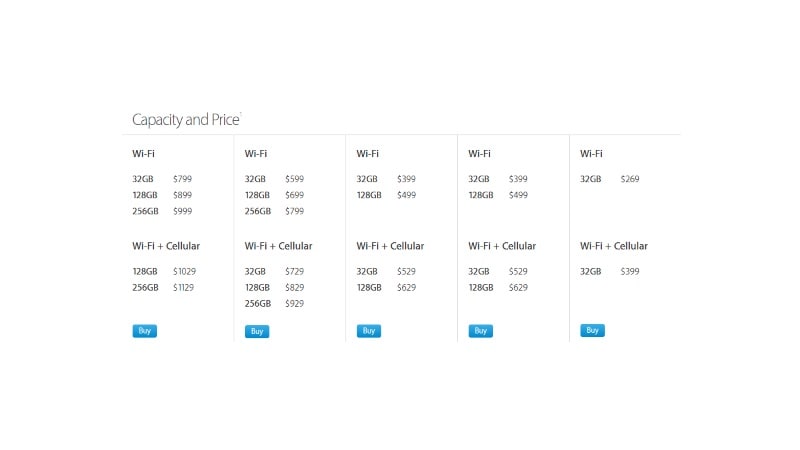 Apple revealed its much anticipated iPhone 7 and iPhone 7 Plus at an event in San Francisco on Wednesday. In a widely expected move, the Cupertino-based tech giant decided to replace the base option of 16GB storage with a 32GB storage base variant for the new phones. While the company did not announce this at the event, a look at Apple’s website reveals that it has also brought its iPad line-up at par with the latest phones in terms of base storage, discontinuing its 16GB model for all iPad models.

Even though customers had been demanding the company to increase its base storage on devices for quite some time, it is good to see that the company has finally decided to act upon the feedback.  This effectively means that the iPad models have received a price cut as higher storage options will be now available at lower price.

The prices mentioned above are for the Wi-Fi-only models of the tablets, the cellular models cost an extra $129, as always.