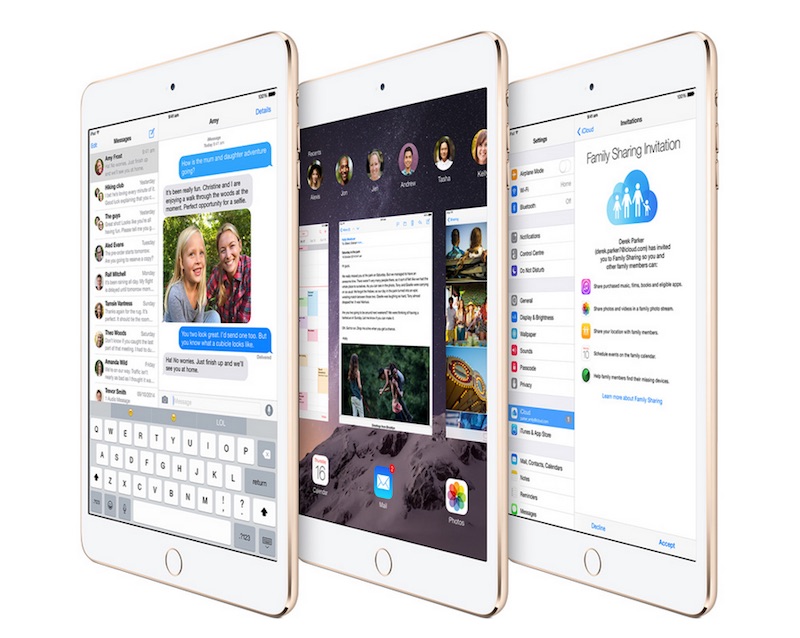 New clues found in the code of the recently released iOS 12.2 beta seem to back up rumours that Apple is working on new iPad and iPad mini models, and also suggest that they will lack the company's Face ID 3D face recognition technology that is used on its current high-end iPhone and iPad Pro models. Face ID is expensive to implement, and the new iPads are rumoured to be marketed as affordable models using inexpensive display panels. In addition to these new tablets, a refreshed iPod model is also expected to launch at the same time, featuring neither Face ID nor a Touch ID fingerprint sensor.

The clues in the iOS 12.2 beta were found by developer Steve Troughton-Smith, who posted a screenshot to Twitter showing references to two new iPad models, both with cellular and Wi-Fi-only variants. The purported models, codenamed iPad11,1, iPad11,2, iPad 11,3 and iPad 11,4 could refer to the new mainstream iPad and iPad mini models, though this is not confirmed.

Six new filings with the Eurasian Economic Commission have also appeared, matching Apple's iPad numbering scheme. As reported by MySmartPrice, these are A2123, A2124, A2133, A2152, A2153 and A2154. The timing of the filing indicates that a launch could be coming soon.

Rumours of the impending new tablets, which might be launched in early 2019, appeared in China in mid-December, following a report by noted Apple supply chain analyst Ming-Chi Kuo as early as October 2018. Local trade publication Digitimes also reported less than two weeks ago that LCD panel suppliers were gearing up for the launch, which would lend credence to the suggested Spring 2019 timeframe.

The current iPad mini 4 was launched in September 2015, but Apple has continued selling it rather than discontinuing it. The expected model should have a much more modern processor and better storage options. The purported iPad mini 5 could also feature a vertically arranged dual-camera module, according to previous rumours. It is possible that Apple will introduce support for the Apple Pencil, as it did with the mainstream iPad last year.

The December report from China indicates that the new 2019 iPad will have a screen larger than the 9.7-inch panel that has been the hallmark of Apple's mainstream models so far. It might also have narrower borders, possibly similar to the previous 10.5-inch iPad Pro.

With no Face ID or even Touch ID, the rumoured new iPod model could also be a very minor refresh of the current sixth-gen iPod touch, which was launched in July 2015. It could have a new processor and more storage options, but there are no indications yet of even its screen size.