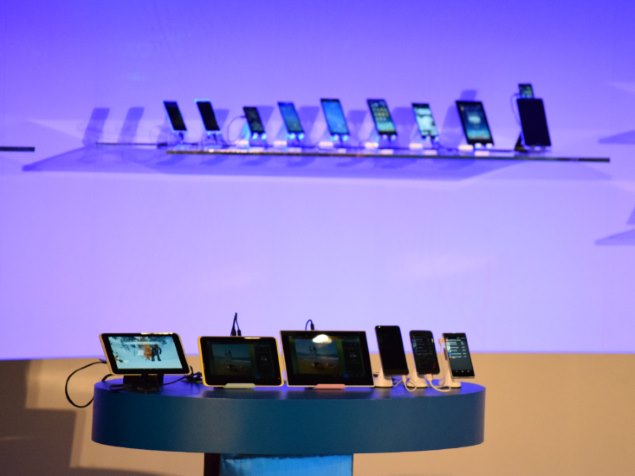 Along with launching 28 new processors for mainstream notebooks and hybrid devices, Intel today announced that it has begun shipping its next-generation tablet processors, based on the architecture codenamed Cherry Trail, to manufacturers. This means that products with Cherry Trail processors will begin appearing in markets in large quantities by the middle of 2015.

Cherry Trail succeeds the current Bay Trail architecture and will share the 14nm manufacturing process first used for Intel's Broadwell processors which launched under the new Core M brand late last year, and the mainstream Core i7, i5, i3, Pentium and Celeron brands earlier today. While Broadwell-based Core M processors will be found in premium ultra-portable fanless notebooks and 2-in-1 hybrid tablets, Cherry Trail is aimed at more traditional tablets including low-cost models.

While specific details such as variants, model numbers and speeds have not been announced, Intel stated that the new processors will support 64-bit instructions and will offer improved graphics capabilities. Specific performance information has not been released yet either, although device battery life will almost certainly receive a boost thanks to the power-efficient 14nm process. Cherry Trail processors will also work with Intel's new LTE-Advanced modem hardware, including support for Cat-6 speeds and carrier aggregation.

Intel is also promoting additional technology related to 3D depth sensing and real-time gesture interpretation, and context-aware devices which could potentially integrate themselves into users' natural daily rhythms and habits. Cherry Trail tablets should support applications that help users dispense with passwords in favour of biometric ID methods, and supplant most wired connections with wireless ones such as Intel's own Wi-Di display output standard.

Intel has struggled for many years to catch up to its competitors in the mobile processor market, primarily Qualcomm and other vendors of competing ARM-based processors. The Bay Trail architecture has helped Intel carve out a presence for itself in the tablet space even as it still struggles to gain traction in smartphones.
Comments