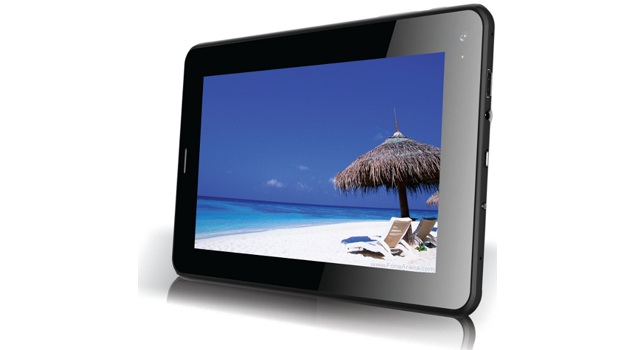 The latest addition to budget tablets from Intex comes in the form of iBuddy Connect. The 7-inch tablet runs on Android 4.0 carries a price tag of Rs. 7,990 and is the first from the company to support voice calling.

Coming to the specs of the device, it has a 7-inch capacitive touch screen display supporting 800x480 pixel resolution and is powered by a 1GHz processor with 512MB RAM. The device comes with Ice Cream Sandwich, a 2-megapixel rear camera and a VGA front-facing camera.

The device has 4GB of on-board storage with expansion options upto 32GB. Pre-installed apps on the iBuddy Connect include Nimbuzz, Skype, Facebook and more.

Connectivity options on the tablet include 3G dongle support via USB, Wi-Fi 802.11 b/g/n, Bluetooth, HDMI. The tablet comes with a 3000mAh battery.

The iBuddy Connect is available in colour options of White and Chocolate and as part of its introductory offer, the company is also bundling a leather cover with an attached keyboard.