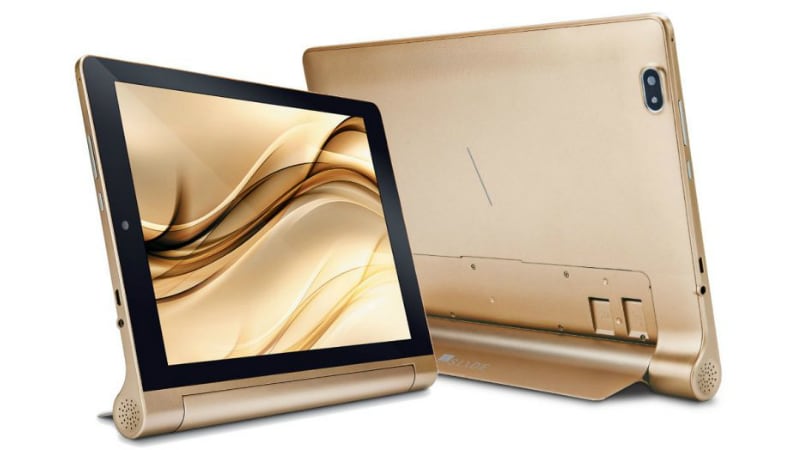 iBall has launched the 4G variant of the iBall Slide Brace-X1 tablet in India. The 4G variant is priced at Rs. 17,499 and is already available in leading retail stores across the country. The tablet comes only in a Gold colour option.

The iBall Slide Brace-X1 was launched in February last year for the price of Rs. 17,999. The new 4G variant comes with many changes: it notably sports a different camera, and runs on Android 6.0 Marshmallow out-of-the-box.

As for the specifications, the iBall Slide Brace-X1 4G tablet comes with a kickstand just like its predecessor for propping it up on a table anywhere. It features the same 10.1-inch (1280x800 pixels) capacitive multi-touch IPS display. It is powered by a 1.3GHz octa-core ARM Cortex-A53 processor with MaliT720 GPU and 2GB of RAM. The tablet offers 16GB of inbuilt storage with the option to expand further using a microSD card slot (up to 64GB.)