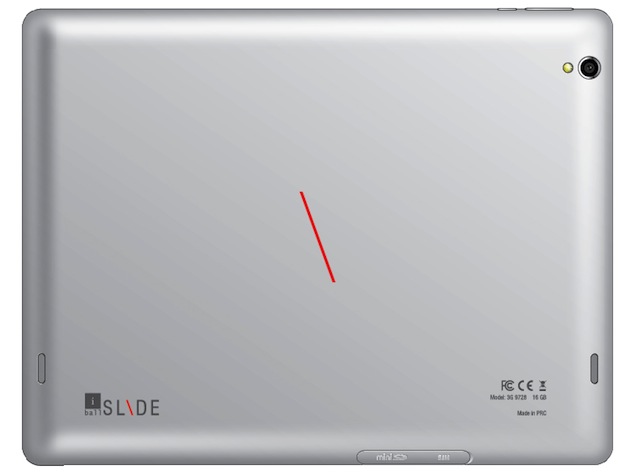 iBall Slide 3G-9728 features a 9.7-inch multi-touch display with 1024x768 resolution. It is powered by a Cortex A9 dual-core processor alongside 1GB RAM and 16GB internal storage, which is expandable by another 32GB.

The tablet comes with a 5-megapixel rear camera with auto-focus and LED flash as well as a VGA front camera. Connectivity options include GPS, Wi-Fi and 2G as well as 3G data, in addition to voice calling. iBall Slide 3G-9728 runs Android 4.1 Jelly Bean and comes with FM but no Bluetooth.

Commenting on the launch of iBall Slide 3G-9728, Sandeep Parasrampuria, Director, iBall, said, "We are delighted to present this 9.7-inch 3G tablet at the most appealing price to the users."

In June, iBall had launched the 7-inch Slide 7334i 3G tablet. It packs in a dual-core Cortex A9 1GHz processor along with 1GB RAM. Like the 3G-9728, the 7334i comes with 16GB of internal storage, which can be expanded by up to 32GB through microSD card. It is a dual-SIM tablet that runs Android 4.1 (Jelly Bean) and packs in a 3,000mAh battery. For camera, there is a 2-megapixel rear camera with flash and a VGA front camera. The tablet also supports wireless FM and GPS.